Atlantic Canada could become a field of dreams for entrepreneurs, immigrants and international students.

And, if we give talented newcomers an incentive to move to the region and stay here, they will help build its economy.

Those themes were heard loud and clear at the June 24 Atlantic Leaders’ Summit on Talent Retention and Entrepreneurism, an event sponsored by the Association of Atlantic Universities (AAU) that attracted 75 business, community, government, student and academic leaders from across the region.

“Starting over (as immigrants do) is inherently an entrepreneurial experience. Immigrants see opportunities that others don’t.”

Due in part to the leadership of this trio, the wine business has grown from a fledgling industry into a major success story over the past two decades. Today, Nova Scotia boasts 22 wineries, 70 grape growers who cultivate more than 800 acres of vineyards, seven distinct grape growing districts, and its own white wine appellation, Tidal Bay.

Despite the benefits that immigrants like Messrs. Luckett, Jost and Stutz have brought to the region, Brison said there is “little upside” to supporting immigration as a politician.

Too often, voters see immigration as a “zero sum game” – one in which newcomers take jobs from long-time residents.

Too often, voters see immigration as a “zero sum game” – one in which newcomers take jobs from long-time residents.

He said universities have an important role to play as “thought leaders” in leading a “culture shift” towards “accepting and welcoming new Canadians.”

The AAU has largely succeeded at persuading stakeholders that universities are the best source of new immigrants to Atlantic Canada.

Minister Brison’s challenge “to lead the culture shift” among Atlantic Canada’s communities and citizens towards greater acceptance of new Canadians is the natural next step for the region’s universities in their support of regional population growth strategies.

Indeed, the AAU’s 2016 Graduate Retention Study showed 75 per cent of international graduates would remain in their province (of study) after graduation if given a choice.

Not that Brison is a pessimist. He says the region’s positive response to the recent influx of Syrian refugees may be a “game-changer.” He also says Atlantic universities are leveraging federal research grants to boost immigration to the region and build “a more innovative Canada.”

For instance, the Tesla lithium battery lab project led by Dr. Jeff Dahn at Dalhousie University has assembled a team of 22 researchers, 12 of whom came from other nations.

“These investments in … research are incredibly important to bringing immigrants to Canada.” They “are part of an overall integrated” strategy in which universities play a key role. “Creating a world-class research environment … is critically important to our region.”

The Trudeau government would like to attract more global talent to universities in Atlantic Canada, and keep them here once they graduate.

Ditch “Come from Away”

“Can we take a Team Atlantic Canada approach to attracting foreign students?” The Minister suggested a pan-university mission to China is one idea worth considering.  The current contingent of the nearly 13,000 international students at AAU universities already represents a significant industry.

Less than two weeks after the Summit, Brison was also part of the team of federal cabinet ministers and Atlantic premiers who announced a three-year pilot project under which immigration to the region would increase significantly.

At that meeting, Minister Brison was blunt in his assessment of current attitudes toward newcomers to the region:  “I have been told repeatedly by people who have moved to Atlantic Canada – that it takes a while to fit in. We’ve got to do more to welcome people here”.

Minister Brison quite rightly encourages Atlantic Canadians to ditch the “come-from-away” label often affixed to newcomers to the region.  He went further by saying that, “it’s in our collective interest, economically and socially, to not use terms that reflect a negative view of people who choose to make Atlantic Canada their home. We’ve got to do more to welcome people here”.

Building on the success of attracting more and more international students to our campuses; warmly welcoming them to communities across the region; helping place them in co-op education and internships during their studies; introducing them to alumni networks and employers and encouraging them to stay are just a few of the things our universities are doing to help lead the required “culture shift” across Atlantic Canada.

Minister Brison’s call to action to our universities to help lead the creation of a more welcoming environment to newcomers has not gone unheeded.

Peter Halpin is executive director of the Association of Atlantic Universities (AAU). This comment is the second in our series on immigration to the Atlantic region. 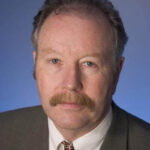