I recently read an article entitled “The New Chinese Working Class and the Canadian Left” by Justin Kong that reinvigorated a passion of mine – organizing immigrant workers.

As Kong puts it, “the conditions for an immigrant left are ripe in the Chinese community.”

Having spent the last four years working as an organizer with the Toronto & York Region Labour Council trying to organize Chinese union workers, you can understand my excitement when I read Kong’s article.

Yes, you read correctly – I wasn’t organizing Chinese workers into unions; rather I was organizing “the already organized.”

I wasn’t organizing Chinese workers into unions; rather I was organizing “the already organized.”

Much like Kong observed, the Chinese community was – and is – very much unengaged with the Canadian left. Looking around, I could see that there were in fact many Chinese Canadians who were union members, but did not self-identify as such.


At the Labour Council, we developed the Chinese Workers’ Network where we went around asking local unions to identify Chinese union members from within their ranks.

We invited these members to Chinese-language events where we did education work about the importance of unions, explained and de-mystified union structures and celebrated the many gains that the labour movement has achieved for Canada (debunking the myth that Canada is a benevolent country with good social programs that no one really had to struggle for).

Last I checked, we had over 500 people identified on our database as Chinese. We developed a committee who would translate articles about workers’ struggles into Chinese, and put these up on our website.

[L]istening to the stories about their employer’s outrageous abuse and violation of human rights, I knew that our organizing efforts were not enough.

Even with the limited resources we had to dedicate towards this initiative, we’ve had tremendous success.

Perhaps the best example was when one group of Chinese workers contacted us to help them organize a union. One hundred per cent of the workers voted for a union, but listening to the stories about their employer’s outrageous abuse and violation of human rights, I knew that our organizing efforts were not enough.


What we began at the Labour Council was only one side of a two-pronged approach. We need to continue this mobilizing externally into the community where workers are already organized – in their faith groups, community associations, sites of recreation and leisure, etc.

While I was working as an adult literacy instructor, some of my students found part-time work as community health ambassadors.

These students were specifically recruited because their first language was not English, so while they were trained in English to deliver health-related topics, they were expected to organize members in their own communities (using their own social networks) to deliver these workshops in their mother tongues.

As I witnessed the effectiveness of this model at the time, I wondered why unions couldn’t adopt a similar community approach with many of the new immigrant workers?

If the Canadian labour movement is to survive and actually grow, all unions should be dedicating resources to develop a political left within immigrant communities.

These workshops would be advantageous not only to the worker learning about his/her rights, but could also offer an array of tips to unions about where organizing efforts should be focused.

If the Canadian labour movement is to survive and actually grow, all unions should be dedicating resources to develop a political left within immigrant communities – and towards the goal of organizing workers into unions.

Central labour bodies in each region need to take a hard look to see which non-English speaking communities are their largest demographic, and recognize not all communities of colour are recent immigrants – some have been in Canada for a long time.

There is a good opportunity right now to organize a left within Chinese immigrant workers, but we need leadership and more resources from all parts of organized labour to do this.

Workers in the Chinese diaspora, who are underpaid and undervalued, often feel that they have no choice, but to accept their working conditions; otherwise they face unemployment or self-employment. They feel that they lack the language skills to find employment in the Canadian mainstream, or seek help to remedy their situation.

With Jason Kenney at the helm, the Conservatives have done a wonderful job of convincing Chinese Canadians they are watching out for their best interests.

It is precisely because workers find themselves in these situations of precariousness that the labour movement has an opportunity to engage them. To not do so is to our detriment.

Our prolonged absence in any form of sustained engagement with the Chinese immigrant working class has already begun to bolster the ranks of the political right. With Jason Kenney at the helm, the Conservatives have done a wonderful job of convincing Chinese Canadians they are watching out for their best interests.

Kong puts it best: “If we look throughout Canada’s history, we will see that incorporating immigrant workers has been central to the power of organized labour and the Canadian left. However, that this incorporation has often excluded immigrant workers who are not white men has always been an overarching, strategic misstep.”

A labour movement that is inclusive needs to create – and sustain – a welcoming space for all workers regardless of language, race, religion or accent. It is my hope to continue the discussion of how we might engage Chinese immigrant workers – but more broadly, all immigrant workers.

A child-immigrant herself, Jennifer Huang worked as an organizer at the Toronto & York Region Labour Council where she spearheaded the Chinese Workers’ Network (CWN). Its success spurred the creation of the other workers’ networks – Filipino, Tamil and Somali. 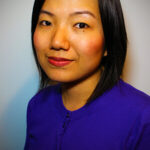