‘Newcomers’ to Alberta are frequently thought to be responsible for big political shifts in a province most Canadians incorrectly perceive to be conservative to its core. Hence, it wasn’t much of a surprise when I started receiving media inquiries about the possible impact ‘newcomers’ had on the startling 2015 Alberta provincial election results that saw the New Democratic Party (NDP) topple the 44-year Progressive Conservative dynasty.

Over the next week, I will try to cast the ‘newcomer’ thesis in light of what we know about population changes in Alberta, the provincial political culture and public opinion research that I, and my colleagues at the Citizen Society Research Lab, Lethbridge College, have conducted over the past couple of decades.

Many of the recent conversations I’ve had about newcomers have lacked a common reference about just what constitutes a newcomer, their proportion of the overall population and their ability to significantly impact the election results.

Singling out one cause for something as widespread as what happened in the 2015 Alberta election, rarely leads to greater understanding of what has actually happened.

Many of the questions I have fielded seemed to assume that all newcomers are alike and somehow vote as a block, without regard for the complex mix of different types of newcomers, or the diverse range of origins, backgrounds and opinions they hold.

Now, singling out one specific cause for a seemingly monumental and unexpected change makes for tantalizing, neat and simple headlines. And I don’t begrudge journalists and editors their tasks. But singling out one cause for something as widespread as what happened in the 2015 Alberta election, rarely leads to greater understanding of what has actually happened.

In the three columns that compose this series I’ll attempt to illustrate the diversity of Alberta’s newcomer population, how most newcomers are integrated into the mainstream liberal-pluralist-democratic political culture, and, to most outsiders’ surprise, how increasingly libertarian-progressive mainstream Alberta political culture is.

But before we jump right to cause and effect, it will be helpful to first define just who is a ‘newcomer’, the diversity of that population, and what that means for changes to the Alberta political culture.

Clearly, newcomers arrive in Alberta from a variety of places, including, but not limited to, exotic and diverse far-off locals such as India, South Sudan and Cape Breton Island. But they also arrive by way of the delivery rooms at our many public hospitals.

Over three-quarters of all Albertans are newcomers to the extent that they arrived on the scene sometime after we last changed provincial governments . . . Slightly less than one-quarter of the newcomers were immigrants.

Since we last changed governments the total Alberta population has indeed grown dramatically, from only 1.6 million in 1971 to its current 4.1 million for a net increase of 2.5 million.

Given that nearly 700,000 Albertans have died along the way (and no, we don’t blame the recently expelled PC regime for all of those deaths), over 3.1 million newcomers have arrived in the province. In that context, over three-quarters of all Albertans are newcomers to the extent that they arrived on the scene sometime after we last changed provincial governments.

Yet more than half of those newcomers were born in Alberta (56.4 per cent). A further one-fifth (19.8 per cent net interprovincial migration) was born in another Canadian province, migrated here, typically during boom times, and took up permanent residency. Slightly less than one-quarter of the newcomers were immigrants (23.8 per cent).

The net result is that Alberta has an immigrant population slightly less than the national average. Approximately 18 per cent of Albertans are immigrants compared to just over 20 per cent of the total Canadian population. That said, over the years immigration has become an increasingly important source of new Albertans.

Further, a tremendous amount of diversity exists within each group of newcomers.

Newcomers arriving here from outside the country come from such a wide variety of cultures . . . that grouping them all in one category and assuming homogeneity in their voting behaviour is folly.

And newcomers arriving here from outside the country come from such a wide variety of cultures – some democratic, some theocratic, some very progressive, while others very traditional – that grouping them all in one category and assuming homogeneity in their voting behaviour is folly.

Hence, the inevitable answer to the question I keep getting asked about how much impact newcomers had on the 2015 Alberta election results is: Not much . . . at least not on their own.

This is part one of a three-part commentary series examining what happened during the 2015 Alberta elections. Next up, we will take a comprehensive look at newcomers and Alberta’s political culture.

Faron Ellis teaches political science and history in the School of Liberal Arts at Lethbridge College and is principal investigator at the Citizen Society Research Lab. He has published various books, academic articles and op-eds about Canadian and Alberta politics and served as a Lethbridge city councillor. 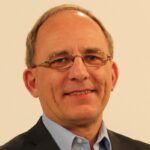