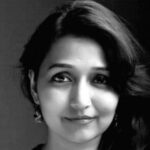 Antara writes for the New Canadian Media, based out of Mississauga, Ontario. She entered NCM through the mentorship program where her story featured among the top ten most popular list in 2020. Antara is an immigrant from Mumbai India where she was involved in social and behavior change communication, fundraising and project management solutions for diverse organizations.