Since the beginning of the federal Conservative leadership campaign, Patrick Brown has positioned himself as an advocate for religious and cultural minorities.

Right now, the former member of Parliament is campaigning across the country, mixing with members of ethnic minorities while skipping the contest’s first informal debate in Ottawa Thursday. His strategy is to draw votes from diverse groups by promising them a much-needed representation in the primarily white party. In the past week alone, his Facebook page shows images from the meetings he had with Sikh, Punjabi, and Palestinian communities in the Atlantic, along with a heartfelt video of Eid wishes to Muslims across Canada.

Brown’s campaign roadmap is a reflection of his inclusive strategy in the provincial elections in 2015 ⁠— which brought him nearly 62 per cent of membership votes and the hard-fought title of the party leader.

Among other campaign promotion content on his Facebook page, a video from March 15 is titled, “The Conservative Party I am fighting for is one that is principled AND inclusive.”

In less than 60 seconds, Brown can be seen describing his ambition to bring new voters to the party. He says that the only thing that matters to him is a “better future for you.”

According to political commentator, blogger, and author of Multiculturalism in Canada, Andrew Griffith, “Although the attendees of Brown’s meetings may not be in thousands, this is a course that can be influential in deciding the leadership.”

“Immigrants and visible minorities form over 40 per cent of the population in 33 ridings in Ontario. Those ridings are key in determining overall election outcomes and thus will play a significant role in deciding who gets to the top,” Griffith said.

The Liberals have repeatedly defeated the Conservatives in the 905 (Southern Ontario including the Greater Toronto area (GTA)), owing to it to their religious, immigration, and refugee policies and the region’s ethnic diversity.

Brown has taken a unique position when it comes to the rights of Canadian minorities during the course of his political career. Last year in December, Brown called on 100 mayors to oppose Bill 21 passed by the Quebec government, which prohibits the use of religious symbols by public servants.

In his recent interview with Sada Al Mashrek, a Montreal-based Muslim publication, Brown said that Canada must provide equal support to Afghan, Yemeni, Palestinian, and Ukrainian refugees. He also opposed the idea of moving the Israeli embassy to Jerusalem, a stance that is different from the rest of the Conservative caucus.

Commenting on Brown’s take on religious minorities, Karen Alassaf, a college student with Syrian roots said, “As Arabs, we look up to any political leaders that can speak with honesty and shine a light on Palestine and [the problems of] Palestinian people. We need leaders here in Canada like Patrick Brown to speak about these issues and fight for our rights.”

A secret message to Tamils

Brown’s diversity strategy also addresses the issues faced by Nepalese and Tamil Communities. In a video uploaded by the Nepali network channel, Mt. Everest Television Canada, Brown urges the community to exercise the power of the vote. He promises to bring at least 5,000 Nepalese votes in the upcoming leadership contest so that the community is represented and not forgotten.

A video reviewed by a news outlet shows Brown promising to lift the ban on the Liberation Tigers of Tamil Eelam, also known as LTTE or Tamil Tigers, as a terrorist organization, and apologizing for Canada’s stance during Sri Lanka’s civil war that came to an end in 2009.

The guerilla army was listed as a terrorist organization in 2006. The ban was reviewed by Justin Trudeau’s government in 2018, but remains in place. Although the Tamil Tigers military was defeated at the end of the civil war, Public Safety Canada states that the diaspora continues to fundraise for the cause of the secessionist group.

In 2019, Brown tabled a Tamil genocide proclamation in Brampton City Council, gaining a soft spot from the large Tamil community in the GTA. Canada has the biggest Tamil population in the world after Sri Lanka, making it one of the largest visible minority groups. Tamils account for 4.4 per cent of Toronto’s population, greater in comparison to 5,195 Sinhalese that reside in Ontario, giving them significance as decisive voters.

What’s in it for the minorities?

Commenting on Brown’s promise to lift the ban on Tamil Tigers as a terrorist organization, Griffith said, “He [Brown] has to take caution here. It can be tricky, it is an organization known for terrorism, and promising to lift the ban without considering the consequences will not be easy. It can draw a lot of negative attention and criticism.”

Although Brown’s claims may get him the attention he wants, there are doubts within ethnic groups that consider his promises a bait for votes.

“Not sure why lifting the terrorist title off of LTTE would even be considered, but I’m guessing it’s a good way to rustle Tamilian votes,” said Fatema Al, a Toronto-based financial advisor with Arab roots. “’The most feared guerilla in the world’ isn’t really a peace harbouring title to begin with.”

Commenting on Brown’s views about Palestinian refugees, Al said, “Few months into war and stellar global support, a staunch international condemnation against Russia — all this compared to decades of countless lives lost to political and geographical encroachment in Palestine is pure mockery and proves Patrick Brown is a novice misfit for the job.” 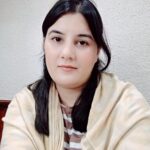 Sabah Ahmed is a recent graduate of Seneca College in Multiplatform Journalism. She has worked with the Dubai Sports Council during her stay in the U.A.E. She enjoys writing and cooking.