Peel Region has always been my home. Born in Waterloo, I moved to the City of Brampton with my mother and younger sister when I was seven years old and have collected all of my childhood memories here. A few years later, my father moved to Mississauga and my mother began working in Malton. A couple of years after that, I went to high school in Caledon. Throughout my various experiences in Peel’s three cities – and despite the fact that I am now a Torontonian – I have proudly represented my upbringing as a South Asian Canadian woman from what I consider to be an incredibly diverse Peel Region. At the same time, I have been shaped immensely by countless instances of – sometimes inadvertent, though always harmful — discrimination and inequity that I have experienced while growing up here. This includes feeling isolated due to my friendships with people of different ethnicities, being stonewalled in my attempts to challenge instances of institutional racism, and regularly feeling that I would have no future in the performing arts because of my skin colour and my ethnocultural background.

Why do I bring this all up? Well, because a month-and-a-half ago, I became the Project Lead for the second phase of a regional initiative, the Diversity and Inclusion Charter of Peel, developed by the Regional Diversity Roundtable (RDR), to try and correct precisely the kind of experiences I went through growing up.

[…] the Diversity and Inclusion Charter of Peel is the first municipal-level initiative of its kind in Canada.

When the opportunity to participate in the Charter Initiative at RDR, I felt an amazing feeling come over me: This was my opportunity to dynamically contribute to i) enhancing my home region’s existing diversity and prosperity; and to ii) taking concerted action towards social justice in the region by working towards tangible diversity, equity and inclusion with a number of committed individuals and organizations.”

Having said all of this, what is it about the Peel Region that fuelled the creation of the Diversity and Inclusion Charter, and what does the Charter entail?

The Regional Municipality of Peel is comprised of the City of Brampton, the City of Mississauga and the Town of Caledon. The Region serves 1.3 million residents and approximately 88,000 businesses (2014); it is effectively the second largest municipality in Ontario after Toronto. In fact, the Region has also been hailed as one of the most diverse, fast growing and rapidly changing regions in Canada: 56.8% of its population identifies as visible minority; and it is home to more than 90 languages, the top of which include Punjabi, Urdu, Italian, Tagalog, Tamil and Arabic (2011 Census).

These statistics all point to the growing vitality of the Peel Region – owing to its diverse demography and its growing economy. However, as I described earlier, there is of course much more to the picture. For starters, youth unemployment in the region is currently at 20%; nearly 40% of all Peel seniors are living in poverty; and the income gap between Peel males and females 15 years of age and older continues to persist. Additionally, despite the growing number of Aboriginal peoples in Peel (the 2011 Census reported 12,585 individuals with Aboriginal ancestry) (Statistics Canada), the community continues to experience much higher levels of poverty, poor health and substance abuse than Non-Aboriginal residents (Centre for Social Justice). Compounded to all of this is persistent ethnic, racial and religious discrimination. For instance, recent studies have pointed out that newcomers in the Peel Region experience much lower social mobility “comparable to their human capital investment” (Reitz, 2010). While 44% of recent immigrants aged 15 years and older in the Region have a university education, 33% live in poverty. Social exclusion on the basis of ethnicity, race, religion and citizenship status is thus at an all-time high in Peel (Galabuzi and Teelucksingh, 2010).

It is this complex context that has given rise to the Diversity and Inclusion Charter of Peel – and it is this context that makes the Charter beneficial to the creation of an equitable, socially just and sustainable region that is unified in its vision for the future.

Social change may be a slow process, but once communities are able to speak out freely against injustice, and once organizations are able to live equity through their practices, it will happen.

Developed by RDR in collaboration with the Peel Newcomer Strategy Group beginning in 2011; and officially launched in Mississauga on April 18, 2013, the Charter is described as a living document that complements – at a grassroots level – national and provincial legislation, including, among others, the Canadian Charter of Rights and Freedoms, the Canadian Multiculturalism Act, the Ontario Human Rights Code, and the Accessibility of Ontarians with Disabilities Act.  Developed in part as a continued reflection of the Racism in Peel Series developed by the United Way of Peel Region in partnership with The Mississauga News and the Brampton Guardian; and in response to cases such as the Anti-Immigrant Flyers that have surfaced twice in 2014, the Charter is, in effect, the Peel’s very own ‘Community Code’. If successfully implemented, it will allow individuals and organizations across the Region – regardless of their stage in the journey towards diversity, equity and inclusion – to take greater advantage of Peel’s diversity and change while conscientiously acting to make sure that everyone feels included and has an equal opportunity to succeed.

While there have been a handful of such Charters spanning the U.K. and Europe (including France, Italy, Sweden, Luxembourg and Austria, among others – see www.diversity-charter.com), the Diversity and Inclusion Charter of Peel is the first municipal-level initiative of its kind in Canada.  As such, it is certainly something that has the potential to inspire, unify and transform other communities Canada-wide, particularly those that are currently experiencing increases in immigration in addition to other demographic, socioeconomic and cultural shifts.  Social change may be a slow process, but once communities are able to speak out freely against injustice, and once organizations are able to live equity through their practices, it will happen. The Diversity and Inclusion Charter of Peel is a small step towards creating a more responsible and self-reflexive society.

For more information and to endorse the Charter, please visit our website or our Facebook Page here.

Amrita Kumar-Ratta has a Master’s in Global Affairs from the Munk School at the University of Toronto. She also holds a BA (Hon.) in International Development Studies and World Religions from McGill University. She is passionate about issues of transnational migration, religio-cultural diversity and gender equity. She can be reached at amrita@regionaldiversityroundtable.org. 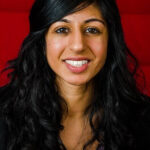