It could be resistance or defiance of civilian oversight bodies, or just plain stubbornness. Either way, police organizations have been slow to change their culture around the strongly-opposed practice of carding. However, in Ontario, the provincial government has somewhat taken the matter out of police services’ hands.

I say somewhat because there will be an element of distrust from community members that the police service will find a way around the new provisions of the proposed regulations.

The regulations move to take the ability to “randomly and arbitrarily” collect identifying information about citizens away from police officers.

The practice now known as carding, or “street checks” should effectively be prohibited when the regulation comes into force next March.

[T]here will be an element of distrust from community members that the police service will find a way around the new provisions of the proposed regulations.

How we got here

The practice is seen as a part of a larger issue of racial profiling by police. As investigations published by the Toronto Star discovered, the majority of subjects stopped and carded by the police are young Black men.

But in one of his last acts leading the Toronto Police Service (TPS), former chief of police, Bill Blair, managed to reverse an accepted Toronto Police Services Board (TPSB) policy from 2014 with the help of the newly elected mayor, John Tory. Elements of the original policy would have placed some of the same restrictions on the police that are now found in the recently proposed regulations.

[T]he community hoped that [the new police chief] would bring an understanding of the impact of carding on the Black community and would work to reverse the practice.

As Blair, who was recently elected to the House of Commons, was on his way out, the TPSB sought to appoint a new chief, and with two of the leading candidates being Black, the community hoped that whichever one was appointed would bring an understanding of the impact of carding on the Black community and work to reverse the practice.

Instead, the new chief, Mark Saunders, essentially endorsed the practice, saying that it is a useful investigatory tool for the police.

In early June, a group of highly influential individuals, including a former chief justice of Ontario, held a news conference condemning the practice. Around the same time of that momentous event, the mayor backtracked and left the chief dancing on the head of a pin, trying to maintain the practice’s usefulness.

More recently, the chief of the Peel Regional Police, Jennifer Evans, defied her board by saying that street checks will continue.

In stepped the province’s minister of community safety, Yasir Naqvi, who had previously proposed a series of consultations to gather community input on what can be done, with a draft regulation that works to ban ‘carding’.

What the new regulation offers

To their credit, the regulations go as far as they can to insure against the “arbitrary and random” nature of street checks. Such information can only be gathered if there is a reasonable suspicion of illegal activities.

As Naqvi announced at a news conference, a person’s race or the neighbourhood he or she lives in cannot be grounds for officers to stop an individual or record identifying information about them.

In addition, if such information is collected, the officer must provide the individual with a “document” (generally referred to as a receipt) that contains information about the officer, the time and place, and importantly, the reason for the collection of the information.

Of course, there are some exceptions such as an officer working undercover, a routine traffic stop or executing a warrant.

At any rate, the chief must review the information collected within 30 days. Officers who violate the new rules would be subject to a misconduct charge.

Despite Fantino’s denial, the fact remained that the police stopped Black people more often than anyone else, for no reason other than their race.

Despite Fantino’s denial, the fact remained that the police stopped Black people more often than anyone else, for no reason other than their race.

The carding practice can be seen as a “re-branding” or evolution of that racial profiling practice, with the added twist of maintaining a database of young Black men who have had contact with or are “known to” police – regardless of any connection with illegal activity.

While individuals who believe they have been wrongfully stopped and carded will have recourse by filing a complaint with the Office of the Independent Police Review (OIPRD), there will likely be a sense that the police, given their attachment to the activity, will find a way around the regulations.

It should not come as a shock to anyone that intimidation is part of policing practice, and that often serves as a dissuading factor in lodging complaints. 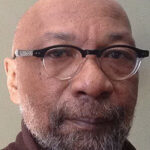