At first, the news of the cancellation of a free yoga class for disabled students by the University of Ottawa Student Federation and the Centre for Students with Disabilities (CSD) due to issues of cultural appropriation read like really good satire.

Like many others who responded, tweeted and commented with shock and exasperation, I found it amusing. The cancelation of one yoga class seemed like an utter misplacement of energy – ridiculousness and chaos caused by a few students in power.

On the scale of cultural appropriation (where elements of a minority culture are ‘borrowed’ and sometimes misrepresented by the dominant culture), a yoga class seems mild. After all, isn’t it a little late where yoga is concerned?

Yoga has been integrated into the western world for at least 20 years. Is this like saying we should not eat cous cous or chow mein for dinner?

But then, as the public and media voices around me got self-righteous and even angrier about how wrong this politically correct move was, I found myself thinking about the student federation at the University of Ottawa (U of O) and the fact that these students have not backed down in the face of ridicule.

I imagined myself in the place of those students for a moment.

In those early days of political awareness, I sometimes said dogmatic things and was accused of being ‘politically correct’.

Sometimes politics requires us to be extreme even if just to raise an issue.

Then I looked at the situation at the U of O as a faculty adviser and professor, which I have been for many years.

It is interesting that even though my analysis is imminently more sophisticated than my student days, I am still sometimes called ‘politically correct’ in relation to conversations around race and culture.

Based on the Internet furor this yoga cancellation has raised, challenging the privilege of being able to appropriate someone else’s culture does not sit well with the general public.

How dare these students challenge privilege?

But it wasn’t too long ago gangs calling themselves ‘The Dotbusters’ harassed women wearing bindis and saris in Toronto and New Jersey. And only last week a University of British Columbia student was spit at for being Muslim.

We are still a far cry from the utopia where we can all borrow culture without any power dynamics in play.

[W]ouldn’t it be great if the U of O helped out by leading the public and the student federation in a conversation about cultural appropriation?

Perhaps these students are new to their political analysis, making them more dogmatic than necessary. Perhaps they have been badly misrepresented by a miffed yoga teacher. Perhaps we members of the press are simply too eager for a controversial story that we can feed to our hungry audiences.

But wouldn’t it be great if the U of O helped out by leading the public and the student federation in a conversation about this misunderstanding and even about cultural appropriation?

Instead, the University of Ottawa Twitter feed placed the school in opposition to its student federation.

The university distanced itself by first tweeting that a student group made the decision to cancel the yoga class, and later tweeting an announcement that free yoga classes would still be available for dates in December.

At the heart of the student federation’s investigation into the yoga class and other student activities is the issue of inclusion. I doubt the federation’s members would move to suspend a class simply for the fun of it.

We should perhaps listen to what the students are saying instead of deriding their voices, making their campus feel unsafe to them.

Of course, yoga originated in South Asia, but, like pizza, chow mein and cous cous, it is now part of our international, multicultural every day.

Whether or not the students at the U of O meant to raise this issue with such fervour, the issue has nevertheless, been raised. We should perhaps listen to what the students are saying instead of deriding their voices, making their campus feel unsafe to them.

The student federation at the U of O released a statement last week saying how disheartened its members feel by the rhetoric being used to critique their process.

They say they feel disappointed and harassed, some by violence. They feel their process has been misrepresented.

“The CSD in no way thought that suspending this program for the semester with the intention of improving it for a January return would cause this much uproar,” read the statement. “Let us please … have a more conducive dialogue around how to make our campuses more accessible to those who do not feel safe.”

There is clearly a need for university campuses to facilitate open and critical dialogue about difficult and sensitive issues like cultural appropriation, inclusion and exclusion. Perhaps there is no better lesson than this, as the story turns into the latest Internet meme.

Vinita Srivastava is an editor and journalist who has been a university educator for the last decade. She is currently the creative director of Upsari by Pondichéri. 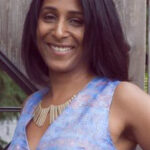