The fast-growing multicultural consumer segment of Canada represents a potential opportunity for pharmaceutical companies, especially if they can improve patient outcomes on a national scale.

For a small or mid-tier drug company battling to make headway in the general market, capturing a large portion of the multicultural market may be the path to improved profitability and growth.

Ethnic (or “Diversity”) Healthcare is all about the ‘culturally sensitive connection’ to effectively address ‘health and healthcare disparities’ that result from cultural differences. These differences influence the health and well-being of Canada’s growing visible ethnic minority population, which made up to 20 per cent of the total population in 2013 and is projected to grow to 32 per cent by 2031.

Fifteen years from now, it’s projected that visible minorities will make up 63 per cent of Toronto, 59 per cent of Vancouver, 31 per cent of Montreal.  Together, these three areas will account for 70 per cent of Canadian GDP.

The factors contributing to varied drug responses are complex and inter-related. Differences in drug response among racial and ethnic groups are determined by genetic, environmental, and cultural factors. These factors may operate independently of one another, or they may work together to influence outcomes.

Biological Factors: The genetic makeup of an individual may change the action of a drug in a number of ways as it moves through the body. Clinically, there may be an increase or decrease in the intensity and duration of the expected typical effect of the drug.

Environmental Factors: Diet, climate, smoking, alcohol, drugs, pollutants —may cause wide variations in drug response within an individual and even wider variations between groups of individuals.

Cultural Factors: Cultural or psycho-social factors, such as the attitudes and beliefs of an ethnic group, may affect the effectiveness of, or adherence to, a particular drug therapy.

Multicultural marketing isn’t just attaching a face to your campaign.

It has more to do with presenting information in a culturally relevant way and context. Isn’t all communication and marketing about better connecting with the audience?

So, what aspects of any ethnicity do marketers and advertisers need to understand to connect their brand messages well?

Here are a few important ones:

1.       Language: It’s not just about translation from English. The message must be written for and from the perspective of the minority language audience. Health promotion communication should also take into account the visual and oral cultural cues, like pictures and music.

2.       Beliefs: Beliefs can be powerful forces that affect our health and capacity to heal. Whether personal or cultural, they influence us in one of two ways – they modify our behaviour or they stimulate physiological changes in our endocrine or immune systems. Many cultural beliefs have implications for healthcare, which may be direct or indirect.

As an example, many Asians believe that the number four is unlucky because when pronounced in Japanese or Chinese it sounds very similar to the word for “death”. Thus, items arranged in groups of four, such as pills or syringes, can symbolize bad luck for those people who believe in numerology.

3.       Behaviours: Culture has a bearing on the way a person acts in response to a particular situation. Buddhist teachings emphasize ‘’face’’ or dignity. An individual’s wrongdoing causes the immediate family to lose face. Such behaviours have a direct bearing on disease screening and diagnoses as patients may not admit or realize they have health problems, especially mental health problems, as this may bring shame upon their family.

4.       Communication style: Refers to ways of expressing oneself to others and can be very different for a Chinese-Canadian compared to an Indo-Canadian. Older Chinese patients tend to be polite and may smile and nod. Nodding does not necessarily indicate agreement or even understanding of medical facts. Understanding of verbal and non-verbal communication styles of these cultures is critically important during screening, diagnoses and outreach programs.

5.       Notions of modesty: Modesty is highly valued in South Asian culture. An example is an elderly woman who may be soft-spoken and not advocate for herself. Important decisions are made in this culture only after consulting with family members or close family friends. Involving the family and friends in intervention/prevention programs and long-term care for specific ailments like diabetes, cardiovascular disease and cancers can go a long way in increasing compliance, raising awareness and generating brand loyalty.

Despite the many differences among the cultures that make up our nation, we all have the same basic needs: to be able to convey the symptoms and concerns of an illness, to receive competent care, to be acknowledged and valued.

Rohit is a seasoned healthcare marketing and advertising professional with an entrepreneurial instinct and a degree in pharmacy. Rohit is currently employed with The Gibson Group, a healthcare communication agency in Canada. 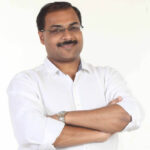