On social media platforms and during protests, many Palestinian-Canadians are expressing their anger and disappointment in how Canadian media is covering the conflict following Israel’s 11-day bombardment of Gaza.

For several days in May, protestors across the country took to the streets to denounce the forced evictions of Palestinian families from their homes in East Jerusalem and to condemn Israeli military action against people living in Gaza.

The United Nations reported that 245 Palestinians, including 63 children, were killed by Israel Defence Forces. More than 2,000 residents in Gaza were injured in the bombings, while an estimated 8,500 residents have been left homeless. Cell phone video posted on social media showed entire apartment towers levelled to the ground. The United Nations says critical infrastructure like water treatment and sanitation plants have been damaged along with schools and hospitals.

Hamas launched hundreds of rockets toward Israel, but most could not penetrate Israel’s “Iron Dome” missile defense system.  Before the ceasefire on May 21, counter attacks launched by Hamas killed 13 Israelis, including two children.

The massive destruction of their homeland propelled the Palestinian diaspora and their supporters to march in the streets. Protestors chanted “Free Palestine” and held signs with messages such as “Canada sanctions Israel” and “Stop the ethnic cleansing of Palestinians.” These are viewpoints that are not widely seen in newspapers or heard on the evening news.

Critics argue media organizations are failing to adequately report on the suffering and silencing of Palestinians and Israel’s disproportionate use of force.

“Canadian media is traditionally weak on reporting on this topic,” said Michael Lynk, an associate professor in the faculty of law at Western University. Lynk partially attributes the lacklustre reporting to a lack of Canadian correspondents working in the Middle East.

Lynk told NCM that he’s unimpressed with the “both-side-ism” Canadian media uses to present this conflict to its audiences.

The professor points out that Canadian media avoids the word “occupation” to describe what Israel is doing in East Jerusalem, Gaza or the West Bank.

“The essential and unmistakable reality is that there is an occupying power with one of the most effective and well-equipped militaries in the modern world and an occupied people,” said Lynk.

Lynk sees parallels between Canadian media coverage of Israeli-Palestinian issues and the lens the media once used to report on Indigenous people.

“On issues involving Indigenous and Aboriginal people in Canada, we now accept that there was settler colonialism in Canada,” he said. “Some terms that Indigenous people use in (the) media to describe their experience with the government of Canada might be harsh, but we don’t go look for people who oppose Indigenous rights in order to get a more balanced view on this topic.”

Even journalists have called out the editorial stance of their media bosses.

In an open letter, more than 2,000 Canadian professionals, many of them journalists, signed a petition demanding their newsrooms “acknowledge their failings” and “carry out the necessary due diligence to report on this region with nuance and context.” The letter went on to say coverage of “occupied Palestine” should be led by reporters with knowledge of the region and include Palestinian voices. The signatories included reporters from Macleans Magazine, The Globe and Mail, The Toronto Star and the national broadcaster, the Canadian Broadcasting Corporation (CBC).

Sarah, a Canadian citizen and media director in Jerusalem, says Canadian media only covers the region when violence breaks out between Israel and Hamas, but doesn’t cover the tensions that precede the conflict.

In May, Canadian media started covering the violence in Israel-Palestine when the bombings began, but very little was reported about the protests against the evictions of Palestinian families from the nieghbourhood of Sheikh Jarrah to make way for Jewish settlers or the brutality of the Israeli police at the Al Aqsa Mosque in East Jerusalem.

“I am deeply disappointed by how the media only gives the audience half of the story. We constantly hear about Israel’s right to defend itself, but no one talks about the rights of Palestinians who have been occupied for years, imprisoned and killed in front of the world,” said Sarah. New Canadian Media agreed to use only by her first name so she could speak freely.

Independent Jewish Voices Canada (IJV) says there has been “significant progress” in recent years in how the media have portrayed Palestinians. After enduring a barrage of initial criticism, Aaron Lakoff, head of communications at IJV Canada, said that more Palestinian intellectuals were given space to share their perspective on the recent conflict on Canadian television networks. He also noticed that more international newspapers are taking a more sympathetic stance to Palestinians and their daily struggles.

Lakoff says the move away from wrongful portrayals of Palestinians as “terrorists” to seeing Palestinian experts speak of their experiences of colonization and occupation is helping change public opinion. The real-time posts by Palestinians depicting the aftermath of bombings on social media is also impacting public perception.

Still, Lakoff says, journalists covering news in that region need more training about the historical roots of the conflict to better understand the current realities, including Israel’s attempt to expand its settlements into the West Bank and control access to the Gaza Strip.

“(Journalists) need to consider what words they use and what information they have left out,” he said.

Lakoff gives the example of CBC host Duncan McCue, who apologized last year during the CBC’s flagship current affairs show for using the word “Palestine” while interviewing journalist Joe Sacco. The day after the interview, McCue apologized on-air because he had violated the CBC’s language guide on the matter, which says, in part, that CBC journalists should “not refer to ‘Palestine’ or show a map with Palestine as a country.”

But “we use the word ‘Israel’ all the time despite the fact that Israel doesn’t have a defined border,” Lakoff said, adding that, in general, Canadian media needs to make many improvements.

No one gets a “pass,” he said, and “this needs to be explained more to Canadians.” 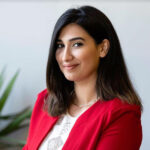