The refugee crisis displacing millions of people across the world and particularly in Syria has become the major political issue of our time. Canada’s new government has made very public commitments to welcome these refugees, and Quebec has officially welcomed 2,800 refugees as of January 2016.

While many are congratulating the Liberal government for its efforts and its promotion of the public discussion around refugee rights, immigration activists have admonished the government tobetter support immigrants already in Canada.

Mary Foster, an immigration activist with Solidarity Across Borders, explained to New Canadian Media that “it’s disturbing to see that Canadians [can be] so moved by media and politicians to welcome people, yet that same goodwill is not extended to [other] people who came here from dangerous situations and who have decided to stay.”

“I wish society as a whole could move beyond what is told to them,” she continues.

Need for compassion towards all immigrants

Foster stresses the need for Canadians to be compassionate toward all newly-arrived people, regardless of the political climate du jour.

Noé Arteaga Santos, a Guatemalan-born, Montreal-based immigration rights activist explains in Spanish that the challenges immigrants face when coming to Canada are similar to, but often distinct from, those that refugees face.

“Refugees, for example the ones coming from Syria, are fleeing violence and are usually not expected to have all their documents with them,” says Arteaga. “Immigrants to Canada, however, even if they are also fleeing violence, are penalized and threatened for lacking these same documents.”

The Trudeau administration needs to walk the proverbial walk.

Arteaga elaborates, “immigrants are constantly being told to wait for some form to clear, for some paperwork to be done. It is very difficult for an immigrant, particularly one without papers, to ‘hit the ground running’ and quickly start working or enrolling their children in school.”

The Globe & Mail reported on October 28, 2015 that “by 2012, the number of temporary employees let into Canada had more than tripled over the previous decade to 491,547, according to one government measurement.”

In 2014, the Conservative government cut funding for the temporary foreign worker program amid controversial reports that the program was being abused to displace Canadian employees.

A petition is circulating demanding that the Trudeau government follow up on its campaign promise to restructure the temporary migrant worker program and ease freedom of movement between employers and relax travel restrictions.

The Non-Status Women’s Collective of Montreal delivered an open letter on the precarious situation of their immigration status to Justin Trudeau’s office on November 27th, 2015, and still have yet to receive even an acknowledgement of its delivery, let alone a response.

The Collective elaborated on their letter in a press conference on January 18, 2016 at Concordia University’s Simone de Beauvoir Institute.

One member of the collective, speaking in French and wearing a mask to protect her identity, told the audience that, “We have called you here after having sent a letter to Prime Minister Trudeau, who has declared himself to be in favour of the rights of women, children, immigrants, and refugees — which is very positive and encouraging. However, he has never said anything about us, the non-status.”

“It is very difficult for an immigrant, particularly one without papers, to ‘hit the ground running.'”

Women are among the most vulnerable of people without legal immigration status, as they often bear the dual burdens of having to work and care for the family — all without the benefits and security that the state is expected to provide to others.

According to Foster, non-status women often cannot report sexual assaults or other crimes to Canadian police due to their lack of legal status in Canada. They are also often unable to get the therapeutic and medical care which is critical after an assault.

“Additionally, women who arrive in Canada through private sponsorship may have their legal status tied to their husband,” explained Foster. This means that if these women are in abusive relationships, they may risk deportation if they attempt to report abuse.

Designing a city for all

To form this Solidarity City, publicly-funded services such as schools must never permit police and migration officials to arrest, detain and deport minors, as happened to an undocumented minor in October 2014.

Those interviewed emphasized that they stand in solidarity with the recently-arrived refugees from Syria, and that their indignation with the Trudeau government is not meant to discredit the mass-mobilization of Canadian resources to welcome them.

Their key frustration, especially for the Non-Status Women’s Collective, is that their needs have fallen to the wayside as Canada’s borders begin to open to refugees.

Foster concludes her statement by reiterating the importance of settled Canadians to “read and write as much as possible about migration issues,” as well as “[open] one’s ears,” and by extension one’s mind “to the stories of immigrants in their neighbourhoods.” 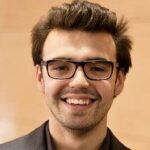