Though Black History Month — a time to recognize and celebrate historical contributions of the Black community while also reflecting on anti-Black racism — is now behind us, the struggle to deconstruct the systems that have brought us to this point is an ongoing one.

Racism is not only an individual problem; it is a systemic one, and systemic problems require systemic solutions. The government of Canada has routinely established commissions and commissioners to make systemic change such as  the Conflict of Interest and Ethics Commissioner, the Public Sector Integrity Commissioner, and the Commissioner of Official Languages.

These commissioners have played a critical role in making Canada a better country and inclusive society — a well-deserved reputation, in some cases. These institutions mostly report to Parliament and their mandates invariably influence how Canadians interact with each other and the world.

In response to increased anti-Asian hate and overrepresentation of racialized individuals in prisons, last October, the government of New Brunswick appointed Manju Varma as its first independent anti-racism commissioner.

Her mandate includes conducting public consultations and gathering information on the extent and impact of systemic racism in the province. She will present a final report and recommendations in September.

It is time, however, for Canada to have an Anti-Racism Commissioner to tackle head-on the blight of racism across this country, who, like the other federal commissioners, should also be accountable to the Parliament of Canada.

A call to action

For the first time in Canadian history, Ian Shugart, the then clerk of the Privy Council of Canada (Canada’s chief bureaucrat), publicly acknowledged in a Nov. 2021 Call to Action  that, “As we focus on combating racism, it is not sufficient to simply equip ourselves with knowledge and tools.

“We must take action in ways we know will be meaningful in addressing all barriers and disadvantages…Inaction is not an option,” said Shugart, Canada’s former top bureaucrat.

This might be Shugart’s most significant legacy: to recognize the need for systemic change and move away from the vanilla perspective of equality, multiculturalism and diversity that supposedly are at the core of Canadian values.

In response to Shugart’s call, anti-racism secretariats have been established in the Department of National Defence; Global Affairs Canada; Justice Canada; Immigration, Refugees and  Citizenship Canada; Infrastructure and Heritage. No doubt others will follow.

What is missing, however, is the focal point that an Anti-Racism Commissioner can provide and which will help Canada move from goodwill to societal transformation.

It is time for the Prime Minister to use his influence and legislative capacity to establish an office that can make the changes that many Canadians want to see. We owe it to ourselves, and to our children.

Undertone of racism and intolerance

The so-called “Freedom Convoy” that caused chaos in Ottawa and at U.S.-Canada border points was more than a protest against COVID vaccine mandates; there was an undertone of racism and intolerance, the likes of which have never been seen in Canada.

Some observers believe this is the tip of the spear of a more insidious far-right movement in this country. Today, old-fashioned overt racism has taken the form of subtle, rationalized indirect bigotry, sometimes masked under the banner of “freedom.”

Clearly, the “Freedom Convoy,” as well as other events throughout the past two years, have shown that Canada’s current laws and institutions have failed Black, Indigenous and People of Colour.

Despite the existence of the Charter of Rights and Freedom, the Canadian Human Rights Act, provincial human rights codes, the Employment Equity Act for federally regulated employers, the Equal wages Guidelines and the establishment of human rights commissions in every province and at the federal level, not much has changed for racialized Canadians.

For many Canadians, the brutality of oppression and racism is an everyday occurrence. The federal government must break this unending cycle and fulfill the promise made long ago in the UN Declaration of Human Rights, of which Canada is a signatory: “Whereas recognition of the inherent dignity and of the equal and inalienable rights of all members of the human family is the foundation of freedom, justice, and peace in the world.”

It’s ironic that Canada’s human rights laws stem from that 74-year-old declaration in which John Humphrey, a Canadian lawyer, played a pivotal role in writing.

Former Senator Murray Sinclair, Chair of the Truth and Reconciliation Commission, defined systemic racism as “…when the system itself is based upon and founded upon racist beliefs and philosophies and thinking and has put in place policies and practices that literally force even the non-racists to act in a racist way.”

Systemic racism is evident in all facets of Canadian society. It is persistent and pervasive, leading to and maintaining social inequalities across generations of marginalized groups.

The scourge of racism may not disappear in our lifetime but establishing institutions to remain vigilant is an important step.

Our collective greatness will be judged by our capacity to truly be inclusive, diverse, equitable, and anti-racist. An Anti-Racism Commissioner would represent the first-ever horizontal, coordinated approach across the federal and provincial levels to combat racism.

This cannot be done by a single government department, such as Heritage Canada. It must be vested within the accountability system of the Parliament of Canada to realize the shared Canadian vision of an inclusive and equitable society and a sustainable economy for all citizens.

When he led the march on Washington in 1963 for jobs and freedom, Martin Luther King Jr. described the “fierce urgency of now.”  The same can be said for the need for a new way of tackling racism in Canada and its many institutions.

The virus of racism infects all of us. The creation of an Anti-Racism Commissioner responsible for eliminating this virus will allow all Canadians to move forward — together. 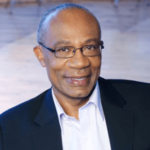 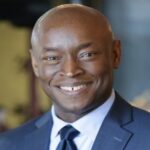 Gerard Etienne is a Senior Associate and Consultant with DiversiPro. His PhD thesis examines the experience of Black people in the federal public service.