There’s something about a Canadian passport that offers its owner a degree of confidence.  After all, in the hierarchy of citizenships, Canada ranks near the top.  A Canadian passport can get you into 170 countries without a visa.

But it can’t get you out of jail; even if it’s clear that you’ve been wrongfully accused.

Along with the widely-publicized sentencing of a Canadian journalist in Egypt, several other Canadians are currently being held abroad under dubious circumstances and critics say the Canadian government has repeatedly let them down.

“Over the past decade a growing number of Canadian citizens and permanent residents have experienced serious human rights violations in other countries, while imprisoned by governments or held by armed groups,” says Amnesty International on its website. “The Canadian government has, in some cases, refused to intervene or done so minimally. In other cases, Canada’s intervention has simply been rebuffed by the foreign government.”

There is Bashir Makhtal who is currently being held in a prison cell in Ethiopia, after being illegally “rendered” by Kenyan forces in the midst of an outbreak of violence between Somalia and Ethiopia in 2006. (Four U.K. nationals who were also picked up in the same time period were sent back to their country following swift intervention by the British government).

Makhtal’s cousin, Said Maktal (he spells his last name differently), says he’s been in communication with the Canadian government since Day 1. But promises to help his cousin have come to naught.

“John Baird was always talking to us and publicly saying that he believed in my cousin’s innocence. The minute he became foreign minister, he changed. This government played me,” says Maktal, who continues to coordinate with lawyer Lorne Waldman, various Members of Parliament, and Amnesty International. Maktal says he doesn’t understand why the Canadian government still does business with the Ethiopian government when it knows that one of its citizens is being unlawfully detained.

Not only has Canada since selected Ethiopia as a “country of focus” for international aid (sending over $200 million between 2012-2013 alone), the Canadian government signed an Air Services Agreement in 2010 to allow Ethiopian Airlines flights to fly from Addis Ababa to Toronto (initially promoted as a bargaining chip to secure Makhtal’s release).

All this concluded with Bashir’s Canadian family maintaining that he had been tortured and left to languish in jail on false charges of terrorism because he is the grandson of the founder of a separatist organization in Ethiopia.  The cousin Maktal is further irked by the fact that Canada managed to secure the release of a Canadian woman held in Pakistan on drug-related charges within two years back in 2009. And later, Prime Minister Stephen Harper personally spoke out on behalf of Tarek Loubani and John Greyson when they were held on false charges in Egypt.

For its part, Foreign Affairs says that “Canadian officials have been providing consular assistance to Mr. Makhtal since becoming aware of his situation on January 2, 2007,” and that the case is “a priority for this government and we will continue to actively engage the Government of Ethiopia on his behalf.”

Around the same time that Bashir Makhtal’s ordeal was beginning, another Canadian would also be arrested on fabricated charges by his country of origin.  Husseyin Celil was detained on a trip with his family to Uzbekistan. They handed him over to Chinese authorities who imprisoned him in China because of his work advocating for the rights of the Uighur minority. Following a secret trial, he was given a life sentence.

The Canadian government initially took great interest in Celil’s case. Back then, Prime Minister Stephen Harper spoke stridently about the need to safeguard human rights, saying, “When a Canadian citizen is ill-treated and when the rights of a Canadian citizen need to be defended, I think it’s always the obligation of the government of Canada to vocally and publicly stand up for that Canadian citizen. That is what we will continue to do.”

But subsequent statements, including during the foreign minister’s most recent visit to China last fall, make no mention of Celil, only that Baird will “continue to promote not just Canadian interests but also our values, including the promotion of human rights and religious freedom.”

Baird was in Egypt last spring and also avoided making any public statements in support of Fahmy, though he maintains he did speak to his counterpart in what was described as a “warm and productive” meeting. And, following Egypt’s presidential elections in May, this statement: “Canada is committed to supporting Egypt in making a peaceful and meaningful transition to democracy, based on respect for human rights, freedom and the rule of law.”

Today, a Canadian journalist is facing seven years in jail in a case that has garnered headlines and condemnations from politicians, human rights activists and media organizations around the world.

Canada’s response? “Very disappointed” and “concerned that the judicial process that led to his verdict is inconsistent with Egypt’s democratic aspirations,” said Minister of State for Consular Affairs, Lynn Yelich. Meanwhile, Australia’s Prime Minister Tony Abbott publicly pledged that his government would do all it could to bring Australian journalist Peter Greste home. Egypt’s senior diplomat there was even summoned to Australia’s Department of Foreign Affairs.

Why hasn’t the Canadian government done likewise?  Is it tenable that the government is hindered by the fact that Fahmy holds dual citizenship? Even the government admits it has full consular access.

No, this clearly isn’t about dual citizenship – it’s about this government once again putting business and strategic interests ahead of human rights and failing to stand up for Canadian citizenship itself. And that devalues it for all of us.

Amy Awad is the Human Rights Coordinator at the National Council of Canadian Muslims (NCCM). 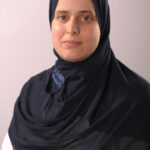 Harper the Only Main Party Leader not Meeting with Freed Fahmy