November 25 is United Nations International Day to Eliminate Violence against Women. Creating awareness of the global epidemic of violence against women is crucial. But by taking an international perspective on the problem, as the UN has done, we risk falling into the trap of believing that the fight for female safety takes the same form in all societies and cultures. There are many different forms of violence against women. And some manifestations of these crimes are culturally rooted. In particular, many girls and women among us suffer in silence because we are afraid to name and address the problem of honour-based violence (HBV).

During a recent workshop on HBV here in Canada, I shared a university student’s story. “N” was abused for months by her family for refusing to marry a man in the old country. Her mother threw a large pot of boiling hot tea on N, resulting in third-degree burns on her daughter’s back. After a reporter mentioned the workshop and N’s story in the newspaper, a police officer came to me and requested consultation on two other cases in which boiling liquid had been thrown on young girls in similar situations.

Another young woman in Edmonton was beaten and confined to her room for refusing to leave Canada to marry a man in the old country. The daughter screamed as her father hit her face and broke her nose. The mother slept in the hallway and the father on the couch in the living room to prevent her escape. The daughter called the police on her cell phone, and the parents were both charged with assault and forcible confinement.

Both cases illustrate some of the features of culturally specific honour-based violence. Yet many Canadians refuse to identify these features for fear of appearing racist.

Consider Jan Reimer, executive director of the Alberta Council of Women’s Shelters. She told the Edmonton Journal: “When there’s violence against women, it’s that power and control over the woman to make sure she’s doing what you want her to do. I don’t know of a cultural background where it doesn’t happen. There are naturally cultural complexities for women experiencing violence, but we can’t leap to conclusions.”

Many other service providers similarly confuse “Western” definitions of domestic violence with honour-based violence, as if it were all part of the same problem. This is misleading. While violence against women is indeed a global epidemic, and domestic violence crosses all ethnic and racial groups, HBV is particular to certain cultural communities, and differs from “ordinary” domestic violence in many aspects.

The standard definition of domestic violence used by agencies working with abused women is “any use of physical or sexual force, actual or threatened in an intimate relationship.” The word “intimate” here typically means a sexual relationship between the perpetrator and the victim.

But in honour-based violence, the majority of the perpetrators are fathers and brothers — and sometimes mothers. There is no sexual relationship.

In Europe and North America, 97% of HBV victims are first and second generation young women from South Asian and Middle Eastern communities whose parents are immigrants.

In communities where family honour is rooted in cultural values, daughters are victimized when they are perceived to have become “too Westernized” by, for example, wanting to choose their clothing, friends, careers and life partners. In these communities, women are valued based on their virginity and purity at the time of marriage, which preserves the honour and status of the family. Forced marriage is just one of the many forms of HBV, and refusal can lead to honour killings.

None of these factors are present in “normal” domestic violence. The motivation for power and control differs, as does the manifestation of the punishment.

In Canada, the children of immigrants who arrived in the 1980’s and ’90’s are now teenagers and university students. They are Canadian citizens, and forced marriages are a violation of their human rights.

Many Canadians are uncomfortable singling out any ethnic community for fear of being accused of perpetuating racism or stereotypes about certain ethnic groups. It is not racist to name the communities where girls are being tortured and forced to marry old men they have never met. The entire community or the culture is not being condemned, only the practices which violate the women’s human rights. 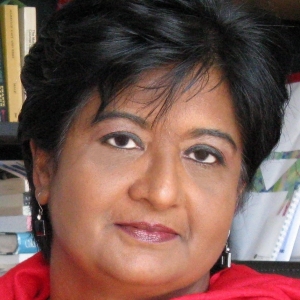 Aruna Papp is a Toronto-based research associate at the Frontier Centre for Public Policy. She provides training on preventing honour-based violence, and is the author of Unworthy Creature: A Punjabi Daughter’s Memoir of Honour, Shame and Love.