The proxy wars between Islamist and secular Arab leaders that have been seething across the Middle East for three years have broken into open conflict with air attacks on rebels in Libya.

The airstrike last week by warplanes of the United Arab Emirates (UAE) on Islamist fighters battling for control of the Libyan capital, Tripoli, is a tipping point in the conflict for the political soul of the Middle East.

It is the first clear evidence of the willingness of the secularist Arab states to take direct action against the hordes of jihadi Islamic militants loosed on the region by the Arab Spring uprisings early in 2011.

The main backer of the puritanical Islamists is the oil-rich state of Qatar, which as well as giving aid to the Libyan jihadis, is reported to have given $3 billion to terrorist rebels in Syria, and $200 million to the radical Muslim group Hamas in the Palestinian enclave of Gaza. But there are also many wealthy individuals in Kuwait and Saudi Arabia who fund the jihadis out of religious conviction.

There are, too, many questions about the role of Turkey, whose new President and former Prime Minister Recep Tayyip Erdogan has spent a decade turning the previously secular country into a religious state. At the very least, the Erdogan administration has done nothing to stop the flood of radicalized foreign Muslims from Europe, the United States and Canada crossing the border to join Syrian rebels.

One prospect now is that other states will move out from behind the cover of their proxies in this mounting ideological contest for the future of the Middle East. At the very least, a full-blown civil war in Libya will be hard to avoid.

It will join the religious wars already underway in Syria and Iraq, and the jihadi insurrections across the Sahel region of central North Africa.

The attack by U.A.E. warplanes, which failed to halt the advance of the Islamists and their tribal militia allies on Tripoli, is also a clear demonstration of lack of faith in the Middle East policies of the United States administration of President Barack Obama.

In recent days, many secularist Arab states have shown reluctance to rally to Washington’s call for a “coalition of the willing” to battle the terrorists-on-steroids of the Islamic State (IS), who have carved out what they call a “caliphate” in eastern Syria and adjoining north-western Iraq.

While some of this reluctance is undoubtedly due to domestic concerns and inter-state rivalries, the common thread is the perceived incoherence of the Obama approach to the Middle East. The key moment of loss of faith in Washington’s commitment was after Obama’s August, 2012, statement that any use of chemical weapons against rebels or civilians by Syrian President Bashar al-Assad would be a “red line” triggering U.S. intervention. But when it became clear last year that Assad was using chemical weapons, the Obama administration downgraded its ultimatum to a warning.

Within the last few months, teams of UAE special forces, operating out of Egypt, attacked and destroyed an Islamist base near the city of Derna in eastern Libya. And earlier this month UAE warplanes struck anotherIslamist-held Libyan city, Misrata.

One of the few encouraging signs is that Qatar and its ruling al-Thani family seem to have got the message that they are in the sights of many of their neighbouring rulers. The government in the capital, Doha, appears to have cut back its funding for jihadi groups and it vehemently denies funding IS in Syria and Iraq. If this was ever true, it is now irrelevant because IS has grabbed control of enough oil wells to be self-financing.

The lines between Qatar and the secularists were drawn early in the Arab Spring, when Doha openly supported the fundamentalist Muslim Brotherhood in Egypt, which briefly formed an administration in Cairo after the ouster of military dictator Hosni Mubarak. Brotherhood leaders fled to sanctuary in Qatar after the return of the military last year, where they join the exiled leadership of the Palestinian terrorist organization Hamas.

Qatar funds the Al Jazeera television network, which is a major agent of Doha’s influence in the Arab world. The trial and conviction this year in Egypt of three Al Jazeera journalists, including Canadian Mohamed Fahmy, on accusations of spreading false news and supporting the outlawed Muslim Brotherhood was one move in the proxy war against Qatar. Another was in March, when tensions over Qatar’s support for the Brotherhood and other jihadis came to a head at a meeting of the Gulf Cooperation Council, and Saudi Arabia, the U.A.E. and Bahrain withdrew their ambassadors to Doha.

The most perplexing and intellectually duplicitous player in the Middle East continues to be Saudi Arabia. On one hand, Riyadh is a staunch defender of the status quo and among the most outspoken and forceful opponents of Qatar and its support for jihadists. On the other, the Saudi royal family continues not only to support the puritanical Wahhabi brand of Islam that is the fount of the jihadi doctrine, but also actively exports this intolerant creed.

The U.S. State Department estimates that in the past four decades Riyadh has put more that $10 billion into setting up religious institutions and installing radical clerics all over the Muslim world to propagate Wahhabism. Of this money, says the State Department, from 15 to 20 per cent has been diverted to jihadi groups like the Muslim Brotherhood, al-Qaida and, no doubt now, the Islamic State. 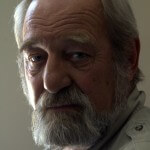