Imagine the shock I felt when I looked at a document that was sent to me this year: a photocopy from a register in British Columbia’s archives listing Adrienne Louise Poy, age nine, female, together with the rest of my family — my father, William; my mother, Ethel; and my brother, Neville — on the Chinese head tax registry. Having grown up and lived in this country since my family arrived on these shores as refugees in 1942, I always reviled the head tax and thought it was a part of history. While I always felt implicated by this law because of its innate racism, somehow I never thought it really applied to me. My identity was first and foremost tied to my family. I somehow never felt that what was written about Chinese in Canada, and about the head tax, applied to me and my brother — the cherished children of two people who had lost everything and invested their hearts, their souls, and anything they could earn in our present and in our future. I belonged to them first of all.

Then, I felt, I belonged to my neighbourhood, my friends, and my schoolmates, first at Kent Street School, then Lisgar Collegiate, and later Trinity College at the University of Toronto. I never dreamed that I was a name in a ledger because of my race. As far as I know, we were never required to pay the head tax, even though it was not repealed until after we had been living in the country for a number of years.

Had I known then what I know now, I wonder if it would have made me feel that I belonged less to Canada, that I was less committed to being Canadian. I was part of a despised and rejected group, but I did not feel, nor did my family ever feel, personally despised and rejected. We were popular at school and at church. No one ever said, “You shouldn’t be here.” No one ever told us that we did not belong.

That was one paradox of being a Chinese-born Canadian back when we were a small, predominantly white country: it is not the laws that create how you feel about where you live and whether you belong; it is other people who make you feel that you belong. It is your school and your church and the people you meet in the park and have eye contact with on a bus. Then, of course, you participate as a taxpayer, as somebody who can enrol in swimming classes or join the YMCA. That is what makes you feel a part of your immediate everyday surroundings. It implies that we are citizens within the context of other citizens.

I believe all new citizens must acknowledge that they are being adopted into the family that is Canada; they must accept everything.

Ideally, we belong first to ourselves. If we are healthy, well-developed human beings, we become, as Carl Jung put it, “the person we were meant to be.” In Jung’s notion of personal development — of self-actualization, of creating and keeping a positive sense of self and an ability to have healthy, open emotional expression — lies the modern credo that we must live up to our potential, with all the freedom of choice available to us. Naturally, out of this comes the concern for our own physical safety, and that of our loved ones. We call upon ourselves to be responsible and to fulfill our duties towards those we love and those with whom we engage.

Next, as modern-day citizens, we believe in our country’s values and we expect that our responsibilities will be equally matched by our rights, that our duties will bring rewards. It is worth noting that the motto of the Order of Canada is “to desire a better country.” This motto indicates, with typical Canadian understatement, that the country is not a wonderful basket of goodies to which we and others contribute and draw interest from. Instead, it assumes that as citizens we are proud of our country and therefore we will help make it better.

I believe all new citizens must acknowledge that they are being adopted into the family that is Canada; they must accept everything. We are a country that has not dealt fairly with our Aboriginal people, that treated Japanese-Canadians with cruelty and injustice, that turned away Jewish refugees knowing that their religion alone could lead to their destruction.

New Canadians must accept responsibility for these historical facts about our family. Just as in any family we accept that Uncle Harry is an alcoholic or Aunt Betty was a golddigger, we say to ourselves, “They are part of us; we live with this reality.” Citizenship is not a buffet where you can take the shrimps and leave the roast beef, have the chocolate ice cream and leave the custard. Citizenship is a fixed menu and we all dine from it. The food is given to us; the acceptance of the whole meal is our obligation.

A 1913 photograph depicts Scandinavian immigrants in long underwear and trousers with suspenders looking at a blackboard that states the duties of a citizen:

2. Take an active part in politics.

The injunction to help others as part of one’s duty to one’s country integrates a sense of place with a sense of self. We have interpreted citizenship as a consensual contract with certain emotive elements, such as a high regard for our natural surroundings, some respect for the institutions of government and the law, and, ideally, a commitment to helping advance the aims of our society in whatever way we are called upon to do so. Citizenship is linked on one hand to the rights of the individual, and on the other to membership and attachment to a community.

At the very least, citizenship guarantees to the citizen a passport and a place in a territory. At its most generous, it enables the acquisition of wealth, social standing, and the ability to work with others within the context of an organizing principle established for the general betterment of human life. We still believe this to be true even though we are aware of voter apathy, terrorism, the resurgence of nationalist movements, the inability to deal with multiracial populations, and the despairing failure of environmental policies.

This is an excerpt from the 2014 CBC Massey Lectures, Belonging. Copyright © 2014 Adrienne Clarkson and Canadian Broadcasting Corporation. Permission granted by House of Anansi Press. All rights reserved. No part of this excerpt may be reproduced or reprinted without written permission from the publisher. 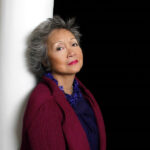