Never before has the distinction between the professional and the career politician been so obvious.

In Ontario, we have three careerists and, apparently, nothing resembling professional behaviour. Given what we have seen so far from the trio seeking the premier’s chair, it’s fair for Ontarians to ask themselves why they’d want to pay any of them a salary. I sure as heck wouldn’t hire them.

Let’s start with Kathleen Wynne, the incumbent who has had a year to demonstrate some awareness of the lying and conniving that went on during the Decade of Dalton.

There was a lot to recommend Dalton McGuinty when he took over from Ernie Eves. His first years in office were reasonably successful, but his legacy has been permanently trashed by his government’s ill-advised foray into green energy, his horrendous patronage appointments and shoddy oversight.

Wynne won her party’s leadership, in part, because she was the anti-Dalton, a stalwart shoulder-to-the-wheel cabinet minister who was thankfully out of the loop on all those scandals. The problem is that she appears to have been kept in the dark so thoroughly that she still doesn’t know where to shine the flashlight — and instead just hopes it will all go away.

A garden won’t weed itself. Wynne needs to do that backbreaking work before she can replant and she has shown no willingness to do it. So why should we give her the job?

Andrea Horwath comes to work every day facing the same dilemma that has befuddled NDP leaders since the party’s creation: How do you make a left-wing party electable without alienating the left wing?

It’s not her fault that this is a Sisyphean task. Jack Layton came closest in 2011, but as Horwath learned again last week, there’s an element of her party that would prefer to cling to ideological purity rather than risk being forced to put some water in their wine.

Horwath is likable and undeniably intelligent — but she has given no indication that she can lead, or even get her own people to support her. Ontarians are being told they’ll have to swallow some bitter medicine over the next four years to return the province to economic health. That’s going to take leadership. Heaven help Horwath if she follows the Bob Rae model of getting elected and then trying to build a consensus. That experiment led to Mike Harris.

Which brings us to Tim Hudak. Frankly, given the Liberal legacy, all Hudak had to do this time was show up and appear credible and moderate. He’s been everything but. His plan for cutting 100,000 public sector jobs — mainly teachers and health care workers, in all likelihood — is the antithesis of moderation. And thanks to the utterly ridiculous Million Jobs Plan — an innumerate platform that no respected Canadian economist will endorse — his credibility with undecided swing voters is stuck at nil.

With Hudak, you get crowded classrooms and longer wait times for health care — and a snappy slogan that is more punchline than plausible.

So, Ontario voters have a choice of between a Liberal who won’t clean up after her party, a New Democrat who can’t even rally her own people, and a Progressive Conservative who refuses to tell the truth, even when the truth might be the best option.

It all seems pretty amateurish for professional politicians, doesn’t it?

James Baxter is editor and publisher of iPolitics.ca 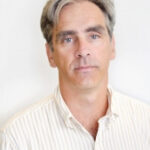