The province-wide campaign began by asking a simple question, “Am I racist?”

These words in plain white letters on a black background began appearing on billboards and bus shelters across British Columbia in late November. The goal of the campaign is to ask British Columbians to self-interrogate, B.C. Human Rights Commissioner Kasari Govender said.

Govender wants Canadians to “look inside and become more aware and reflective about the stereotypes that we all hold.”

The campaign comes at a critical time for the province. Between 2015 and 2018, hate crimes in B.C. increased by 34 per cent. This year alone, the Vancouver Police Department reported a 116 per cent rise in hate crimes in Metro Vancouver compared to 2019.

“We need to take responsibility for unpacking the biases,” Govender said.

According to a 2016 census by Statistics Canada, visible minorities make up 48.9 per cent of the population in B.C.’s Greater Vancouver area. The largest non-Caucasian ethnic groupings are Chinese, South Asian and Filipino.

Nadine S.* is a Black Canadian university student studying in B.C. She has lived in both the U.S. and Canada. As a competitive athlete who has been the only or one of few black players on many teams, she has often felt singled out by peers.

“They use a ‘black’ voice when they were around me or ask me to say certain things in Ebonics for their entertainment,” she said.” They would turn off the lights and pretend they couldn’t see me.”

As a result, she was continually conscious of her race. “I have always been very aware of my blackness,” she said.

She continued, “From my experience, I can say this: racism doesn’t stop at one country’s border. We can’t be immune to it ‘because we live in Canada.’”

“Racism is a poisonous mindset that affects people all over the world.”

Joshua Onwugbonu, a Nigerian-Canadian who currently works in B.C., reflected on the multicultural context of his upbringing in Toronto, ON. “It’s not hard to be yourself in that setting,” he said.

Although he himself has not experienced significant racism, he remembered hearing reports of racism from his family members. “It’s unfortunate some of things they had to experience.”

He said that hearing those stories can make a person feel locked into “bitter, angry or inferior ways of thinking.” However, he said, it can also “empower you to learn more about yourself and where you came from, and own who you are.”

His comments mirror Govender, who said that a change in society begins with self-reflection.

“We need to actively confront our own stereotypes and take on racism around us, both interpersonal and systemic racism, which is embedded in our laws, policies and education,” she said.

B.C.’s Office of the Human Rights Commissioner was revived in September 2019, following a 17-year absence of a provincial human rights commission. Govender’s appointment as Commissioner comes with a strong mandate to educate the province on issues of systemic racism.

“Canada has a reputation of being a safe place with minimal racism, but this does not truly reflect the history and present-day experiences of Indigenous and racialized people in this province and country,” she said.

Govender said that the key way to confront racism is education: knowing what is racism, how to spot it, and what is our shared history in B.C. and in Canada. To that end, the Commissioner’s office has matched their public awareness campaign with web-based resources at bchumanrights.ca.

Govender hopes that education will inspire action, and even allyship.

“Be more than a bystander, be an upstander,” she said. “If you see instances of hate or racial injustice unfolding, you can become an ally.”

First of all, ensure the safety of oneself and others before proceeding, she added. “Where you are safe enough, you can stand beside someone who is experiencing that harassment or violence, and support them.”

“If they want to report that violence, help them do it.”

In B.C., incidents of hate crime can be reported through the anti-racism network, Resilience BC.

Those reporting an incident should document the details of what happened or is happening, including the dates, the times and relevant background information. The B.C. Human Rights Tribunal receives human rights complaints covered by the B.C. Human Rights Code, including discrimination based on race, colour, ancestry and place of origin. 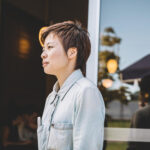 Winnie Lui enjoys discovering the journeys of others. She is Chinese-Canadian and has spent her childhood living in Hong Kong and in Alberta, Canada. She writes for business, non-profit and academic organizations.