Upon arrival, immigrant populations in Canada tend to present less allergies than their Canadian-born counterparts, but prevalence increases with time, a national study finds. However, exposing them to ethnic foods and cultural practices that they were accustomed to may help reduce allergies in this population, according to the researchers.

“There is no definitive answer as to the cause(s) of the definitely noted increase in allergies in immigrant populations when they move to Western countries such as Canada. However, the pattern is real and needs to be analyzed”, says Dr. David Fischer, President of the Canadian Society of Allergy and Clinical Immunology (CSACI).

As first-generation immigrants to Canada, Dr. Hind Sbihi (picture below), Research Associate at the University of British Columbia, and Jiayun Angela Yao, PhD candidate at the same institution, became intrigued by allergy rates among newcomers and conducted a study to understand the role that genetics and environmental factors play in the development of non-food allergies, such as hay fever.

“Our best hope to curb the increasing trend in allergic disorders is to prevent it.”

The researchers explain that in the past decade, the media, public and researchers have mainly focused on food allergies “It’s critical to raise awareness for non-food allergies given their high prevalence in our population, and posing a big burden to our health care system,” they add.

Canada has some of the highest allergy rates

This is particularly true because Canada has some of the highest allergy rates in the world. According to the American Academy of Allergy Asthma & Immunology, approximately 10-30% of the global population has hay fever. While in the United States roughly 7.8% of people 18 and over has this allergy, almost 20% of the population in Canada is affected by it. Considering these statistics, Sbihi and Yao wanted to understand if immigrants in the country would also display an increase in allergies.

“Our study highlighted the unique opportunity to investigate allergies in migrant populations, who are going through a natural experiment, in which the environment around them changes dramatically in a relatively short period of time,” they explain.

To conduct the study, the scholars used the data collected in the Canadian Community Health Survey, which gathered information about the health status, lifestyle habits and basic demographics of a large and representative sample of Canadians. In the survey, respondents were asked whether they had non-food allergies – diagnosed by a physician-, and whether they were immigrants to Canada and if so, their time since arrival. “We took the responses to these questions, and assessed the statistical association between non-food allergies and immigration status”, they say.

Following this method, the study found that only 14.3% immigrants who had lived in Canada for less than 10 years had non-food allergies, while the rates for immigrants over 10 years and non-immigrants were 23.9% and 29.6%, respectively.

These results suggest that environmental factors, such as pollution, levels of sanitization and dietary choices, carry more weight in the development of allergic conditions in Canada, Dr. Fischer explains, while Dr. Sbihi and Yao add that more research is needed to pinpoint what those factors are, and to better understand how allergies arise by country of origin.

They also highlight the need for undertaking multicultural strategies to improve newcomers’ health.

Dr. Sbihi and Yao add that it is also important to understand that allergies are symptoms of a loss of internal balance that results from a dysfunction of the immune system. “Providing immigrants with means to access food or cultural practice that are ethnically-friendly may help them transition smoothly into the new environment without perturbing their natural balance,” they suggest.

“Our best hope to curb the increasing trend in allergic disorders is to prevent it. Prevention can only happen when there is a good understanding of risk factors that come to play in the development of these disorders.” For these reasons, they suggest that raising awareness among health practitioners about the link between immigration, environment and allergies might help in their patients’ management.

“The main role for medical practitioners is to work with patients to recognize if they have allergies, to manage them acutely with their patients and if necessary refer them allergist if there is some doubt about the diagnosis or for more definitive management,” says Dr. Fischer. 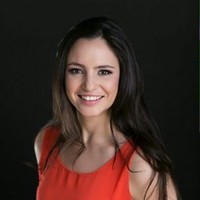 Belen is a Phd Candidate at Simon Fraser University with a focus on community media and health communication.

Many #international students are choosing #Canada as their top destination for the upcoming school term, a new study suggests. International student enrollment fell by nearly 17 per cent last year, according to Statistics Canada. @CitImmCanada @StatCan_eng https://newcanadianmedia.ca/canada-top-destination-for-international-students/

As the Fall 2021 term nears, many #international #students have #Canada as their top destination, and a majority of them are already fully #vaccinated. @IDP_Connect @IDPGlobal @IDPEducationCA @JonahD1 @GAC_Corporate Read on: https://newcanadianmedia.ca/canada-top-destination-for-international-students/

"I was not surprised when I found out that my name was on a hit list of #journalists, artists and #activists who fled #Turkey for political reasons, which was circulated on social media earlier this month," Arzu Yildiz writes. Read on: https://newcanadianmedia.ca/my-name-was-on-a-hit-list-of-turkish-dissidents-in-exile/?doing_wp_cron=1627966392.5860979557037353515625