All Hands on Deck: It's Time to Allow Internationally-Trained Physicians to Join the Fight - New Canadian Media

“I was a doctor back home.”

“I’m writing my exams to get my licence here.”

“It’s been three years since I practised last.”

We’ve heard it countless times over the last few years — from close family friends to people we meet in the work we do or even on a taxi ride home — and every time we’re disappointed this is the experience of so many internationally trained physicians in our country.

The issue of foreign credentialing was a concern well before this health crisis. However, with a pandemic at our doorstep, it’s disheartening and irresponsible that thousands of doctors are being prevented from joining the fight against COVID-19.

Earlier this month, Premier Doug Ford referred to the situation in Ontario’s long-term care homes as a “raging wildfire.” It’s a metaphor that is proving true in many communities across the country. In fact, the situation has become so dire in Ontario and Quebec that the military had to be called in.

And yet, despite the urgent need, it seems we’re forgetting one of our most valuable assets: our internationally-trained health professionals.

In Ontario alone, there are 13,000 physicians and 6,000 nurses who fit this category. Many of them immigrated to Canada in the hopes that their medical expertise would be leveraged by the health care system. Unfortunately, their dreams have been hampered by systemic barriers such as exorbitant testing fees, challenges obtaining insurance and, in the case of physicians, a dismally low number of available residency spots.

This is something that Canadian-trained medical students struggle with already. For internationally trained physicians, these spots are even more difficult to attain. In 2019, the Canadian Residency Matching Service reported that out of 1,758 international medical graduates, 1,360 went unmatched. There were only 326 residency positions available for the foreign-trained medical graduates in the first round. On top of this, even if internationally-trained physicians do receive a spot, they’re often underemployed and unsupported.

And when it comes to need, many institutions have noted Canada falls behind the majority of OECD nations when it comes to physicians per capita. According to the World Bank and the Canadian Institute for Health Information, Canada has only 2.6 doctors for every 1,000 residents. Italy, which up until recently was the epicentre of the pandemic, has nearly double the number of doctors per capita.

During this crisis, given that there is not only immense need but also significant global talent, what has been done to leverage this expertise?

We’ve seen countries such as Italy, the United Kingdom, and the United States fast-track the ability of internationally-educated physicians and novice medical graduates to contribute to national COVID-19 efforts. For example, in New Jersey, authorities have granted temporary licences to doctors residing in-state with good standing in foreign countries. Similarly, in New York, internationally-trained medical graduates are now allowed to treat patients after one year of residency, compared to the traditional requirement of three years.

In Canada, we’ve already seen provinces such as British Columbia and Ontario recognize the incredible contribution these professionals can make to stop the spread of COVID-19. For example, in Ontario, international medical graduates who have passed their exams in Canada can apply for a 30-day medical licence.

The College of Physicians and Surgeons of British Columbia has fast-tracked a new bylaw to amend the province’s Health Professions Act so international medical graduates can apply for a supervised associate physician licence allowing them to work while under the direction and supervision of attending physicians.

While efforts by different jurisdictions to lower barriers to entry are promising, they’re not enough.

If we provide internationally-trained physicians with a bridge to practice during times of crisis, what happens after? Do they only deserve a pathway to decent work when it serves our society’s convenience? What about their needs?

By not leveraging this global talent pool, we also risk missing a crucial opportunity to plug equity gaps in the current healthcare system where patients find it challenging to find a healthcare professional that understands their mother tongue and cultural context.

We also risk not thinking of the future longer-term needs of our country. The population is ageing, hospital-centric care is no longer the standard model and we need even more health professionals in the community. Internationally-trained physicians may be the solution.

We need federal leadership during this crisis to ensure there is coordination across all provinces and territories. Despite some of the measures announced in Ontario, it appears only 12 internationally-trained physicians have taken up the opportunity to get a temporary licence. Once this pandemic passes, a federally-led working group should be established to examine the issue more deeply. One of the first tasks assigned to this entity should be the creation of a simplified accreditation process across the country.

We also need to think about alternative ways to reduce ‘red tape’ in the system. Regulatory changes that make credentialing of doctors trained abroad simpler is a first step. This change could allow doctors who obtained a temporary licence during the pandemic to be automatically granted the ability to practice in their full capacity and providing an ethical and transparent approach to supporting internationally-trained physicians.

We’re asking people to risk their lives during this crisis. The least we can do is offer them a stable future, just like any other resident in Canada. We’ve seen more changes in the last 30 days than in the last 30 years on many policy files. Now is the time to act. 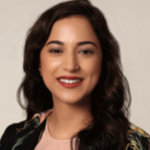 Shireen Salti is the Interim Executive Director of the Canadian Arab Institute and holds a Masters in Public Policy, Administration and Law. 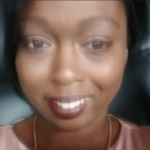 Georgette Morris is a doctoral student at Carleton University, contributes her time to Jaku Konbit and holds a Masters in Public Policy, Administration and Law. 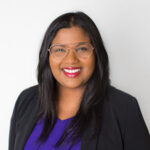