When Alice Munro won the 2013 Nobel Prize for Literature last week, the announcement was greeted with near-unanimous cheers from writers, academics and readers around the world.Writers and academics extolled the 82-year-old author as a deserving contemporary master of the short story, a form she’d used to compact time lines to new effect over the course of 14 collections.  Meanwhile readers at home and abroad fell in love with her deeply felt portraits of small-town Southern Ontario life, its quiet women in particular. Most everyone, including the author herself, accepted the honour as recognition of Canadian writing on the world stage.

The vote of confidence is overdue, and not just because Canadian writing has at least several writers who could be worthy of contention for such a pinnacle achievement.  Numerous Canadian writers with immigrant roots have quietly wondered if the attention is overdue because the Canadian identity extolled in Munro’s stories has fundamentally changed since the author began writing her stories.  Her depiction of Canada, which sidesteps the many waves of immigration this country has undergone since she began publishing, is not one that many newer Canadians can relate to.  In over four decades of fiction, the Canada that Munro writes about has remained stubbornly microscopic in its surroundings, locked up in the past, a country composed of small towns with few opportunities and their own codes of thinking.

Of course, a reader doesn’t have to share the same circumstances as a writer in order to find meaning and value in a story.  If that were the case, we would never be compelled to read about Stalin’s prison camps in Aleksandr Solzhenitsyn’s One Day in the Life of Ivan Denisovich, East-African sectarian tensions in VS Naipaul’s A Bend in the River, or the tangle of Colombian history in Gabriel Garcia Marquez’s One Hundred Years of Solitude – all books by authors who’ve previously won of the Nobel Prize for Literature.  Once we scratch past the decidedly limited surface of Munro’s fiction, it’s not difficult to see that her stories have much to offer newer Canadians whose knee-jerk reaction it may be write off small-town life.

To fully appreciate Munro, one must read her static miniatures as a conversation with the modern world, which they don’t so much ignore as juxtapose.  Writing in an era of new recognition and evolution for women in society and within families, Munro’s protagonists drew attention as much for how far a woman’s reality could be from generation-defining ideals.  From Del Jordan in 1971’s Lives of Girls and Women to Juliet Henderson in the 2004 Giller Prize-winning collection Runaway, Munro’s protagonists were always to be read on two levels: from within the trappings of rural Canada, inside the limited mindsets and possibilities such places allow; and from the more metropolitan outside, the contemporary and evolved Canada that provides a stark contrast to exactly how far the divide between urban and rural life can stretch in this country.

As Munro has aged, her best stories gained other dimensions beyond the immediately feminist readings ascribed to her earlier works. While still laser-focused in region, her later stories are more sparely written and impressionistic, belying more powerful symbolism and hard-won universal truths.  These are the underpinnings of literature that the Nobel Prize has tended to reward – not the prose stylists or the deft landscape painters, but those writers who manage to wrestle something original and timeless of the human condition from the veneer of language and specificity of region.

Take for example, “Dimensions”, one of Munro’s most arresting later stories, from 2009’s Too Much Happiness.  It is the story of Doree, a young chambermaid in an abusive relationship with a controlling, domineering husband, who one night murders their three children to prove a point about her disobedience.  After years of suffocating under the pains inflicted on her, Doree begins to visit her husband in prison.  Upon his release, they resume their lives together.  That such horror unfolds in small-town Ontario doesn’t even begin to characterize the depths of the morality at play, for the questions here forgo region altogether and stretch well beyond the realm of feminist thought to genuinely disturb the reader into asking what kind of moral playbook would have Doree forgive the man who killed her children.

Now let’s take a step back and think about the ramifications of these types of events. Were such a scenario to play out in an immigrant family, issues of ethnicity, culture, and religion would go into overdrive and completely overshadow the more complex moral rupture that has taken place on an individual level.  Indeed, Canada had several high-profile examples of exactly such cases in the time Munro published her story – Mississauga’s Muhammed Parvez murdered his daughter in 2007, while Montreal’s Mohammed Shafia murdered four female family members in 2009.  In all cases, the public discussion quickly devolved away from personal responsibility and the ghastly dynamics that prolonged abuse creates within a family, veering instead into more easily containable cultural stereotypes.  The perpetrators and victims alike ceased to be people and became instead talking points for the underbelly of multiculturalism.

Munro’s story gives us no such easy answers.    We are given no clear reason for crime or forgiveness, which adds to its horror because all we have to contend with in a crime’s aftermath is irrational human behavior.  “Dimensions” urges us to recognize that such terrible crimes can only be committed by fanatically wrong-headed and ego-maniacal husbands, who themselves can only be supported by the deeply troubled Dorees of the world, who vindicate their abuses by putting up with it.  Culture and religion have nothing to do with it beyond coincidence and easy context.  Some men are ill and others aren’t; some women stay for the abuse, and others don’t.

But the more contemporary flipside to this reading of Munro’s conclusion is that, especially with immigrants, we look for the closest convenient answer even if it isn’t the right one.  In order to distance ourselves from the horrors of such crimes, we ascribe them not to troubled individuals and the peculiar family dynamics they breed, but to the cultural upbringing that’s easier to explain.  We push away entire communities, because it’s easier to do.  This is what goes for a universal truth in Munro’s world. Her seemingly placid landscape paintings have the power to absorb the fundamental irrationality of the ever-changing world outside them.

All of which is to say, her Nobel is well-deserved for this author’s remarkably consistent body of work, which spans more than four decades.  Though Canada’s identity may have moved beyond the small towns of Munro’s imaginations, those towns and their protagonists are simply the surface to a much more inclusive and morally complex terrain underneath.  Immigration, one could say, is only a surface too.  I know many immigrants who feel this way.  What’s important is our ability to assess and discuss the central conflicts underlying this era of immigration, lessons Munro’s artful fiction broaches.

It’s inevitable that, eventually, Canada will get another Nobel laureate, and given the current diversity of our national literature, it wouldn’t be a surprise if that writer had immigrated here.  Both Indian-born novelist Rohinton Mistry and the Kenyan-born, Tanzanian-raised writer M.G. Vassanji are deep into acclaimed careers that may well put them in the Nobel’s sights.   Meanwhile, Sri Lankan-born Michael Ondaatje has produced a body of poetry and fiction that, when taken together, is unparalleled internationally.

Dimitri Nasrallah is the author of two novels.  His most recent, Niko (2011), was awarded Quebec’s Hugh MacLennan Prize for Fiction and longlisted for the International IMPAC Dublin Literary Award. He covers books regularly for the Toronto Star, and teaches with the English Department at Montreal’s Concordia University. 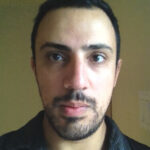