Memorizing adjectives and pronouns did little more than create a resentment for having to learn French in the first place. Meanwhile, speaking the language took a backseat.

The sentiment above is true for many students who grew up learning French in Alberta, including myself. Lessons often consist of listing the gender pronoun (le, la, les) of nouns, and writing simple, declarative sentences.

Entire classes would be spent learning, relearning and being tested on memorization techniques like DR MRS VANDERTRAMP. Homework was more of the same … verb charts, fill-in-the-blanks and vocabulary.

Throughout elementary and junior high, the method was always memorize first, ask questions later. Speaking French was never a priority until high school and accent training was seldom mentioned.

I queried my friends on social media: I was not alone.

“My experience was terrible as well! I took French for eight years and can’t speak a word if it,” one friend wrote. “It was all memorizing nouns and watching videos. It’s such a beautiful language. I really wish they had taught it better. I’d love to know it.”

Another added: “I learned more German in four months than I did French in eight years in school. I think using an online program like Duolingo and setting goals might help. Also, so many BS tests on conjugating verbs made me hate French.”

The most profound comment came from someone somewhat older who said that like hundreds of others, she hated going to French class as a student. It speaks of a system that doesn’t know how to educate its students on Canada’s other official language.

Moving to a bilingual setting

When I was 20, I moved to Montreal. Despite taking French courses for 13 years, I was completely unprepared to live and work in a bilingual environment. It took me minutes to form short phrases, my vocabulary was extremely limited and I barely understood what was being said to me.

My perspective changed even further when I moved to France to work as an English Language Assistant at a high school in the Parisien suburbs. Alberta, and the rest of Canada, can learn much from how the French teach second languages.

From my first sessions with 12-year-old students, I could tell that they already spoke better English than I did French. Their sentences were clear, vocabulary strong and they knew how to express ideas.

Communication of ideas is what my role was focused on. I’d take groups of 10 to 12 students to my classroom, and, in my authentically Albertan accent, speak English to them. Often times, the lessons were planned with their English teacher, based on what they were learning in class.

The topics we talked about included the civil rights movement, the lives of historic figures like Nelson Mandela and Mahatma Gandhi and differences between North American and European culture.

Sometimes, I’d pose an open-ended question on the whiteboard and cross my fingers hoping that my students would pipe up.  That method usually led to great, enjoyable conversations —like the time where we spent an entire class talking about the sitcom “How I Met Your Mother” and how Robin Scherbatsky embodies certain Canadian stereotypes.

My students would speak their ideas and I’d correct them in real time. I was always amazed at how well they could speak about complex subjects in English.

The two most common mistakes they made were not pronouncing the h sound for words like “home” and “happy,” and saying “the” as zee or “there” as zerre. Beyond the simple correcting of grammar, my students received a language education I never had as a student … speaking and writing with someone fluent in the other language.

They learned to understand my accent. They questioned my usage of certain vocabulary and mimicked how I said things.

So much of communication is situational and spontaneous: Where an event took place, what the score was, why someone was late for something.

The method of memorization forces students to retrieve information they retained and disposed of years ago. It also fosters a distaste of learning the language — the second anything becomes a chore, it becomes something we detest. It’s impossible to expect students, in the middle of conversation to recall what they were force-fed in some classroom years back.

It’s understandable that revamping the province’s French curriculum may not be high on Alberta Education’s priority list. Opportunities to speak the language organically are extremely limited—less than 25 000 of the province’s 3.6 million people identify French as the language the speak most often at home.

That being said, we need a conversation about whether the memorize-at-all-costs approach should be retired. Right now, that approach is leading Alberta students to despise — as opposed to appreciate — the French language.

Salim Valji is a media professional based in Montreal, Quebec. He is originally from Edmonton and has worked in Paris and New York City. 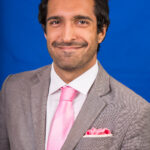