The situation in India, where the pandemic is raging practically unchecked, reminds me of a quote popularly attributed to Benjamin Franklin: “By failing to prepare, you are preparing to fail.” Well, that applies to India’s central government and to some state governments. Fortunately, there are exceptions.

The state of Kerala, at the governmental level and at the civil society level, did act diligently. At the other end is Uttar Pradesh, where the chief minister repeatedly asserted that there was no shortage of oxygen even as patients were dying in hospitals for precisely that reason.

The central government has signally failed. The complete lockdown announced in March 2020 with a four-hour notice was a disaster. It was unplanned and caused millions of inter-state migrant labourers to go back to their villages from cities, often on foot, and the virus went viral.

Initially, it was reported that India had mastered the first wave. The country exported or gifted over 67 million doses of vaccines. The reported success was not exactly true. The official statistics are not reliable, partly because of the difficulty of getting the facts and figures, and also because of the deplorable pressure put on doctors to classify the cause of death as something other than COVID-19.

The second wave has been caused by a variety of factors. Above all, the election rallies held recklessly in five states in April. The Election Commission, which takes over the executive powers of the state until the results are announced, had the sensible option to declare in advance that rallies of, say, more than 50 persons (observing the medical protocol) were not permitted.

The second major reason for the second wave were the large gatherings at the once-in-twelve-years Kumbh Mela. This is a centuries’ old traditional festival attracting millions of people. Obviously, the virus does not make any distinction between a religious gathering and any other gathering.

What is singularly atrocious is that the Mela was due in 2022, but certain interested religious leaders got the central government’s permission to hold it for a full month one year ahead. Only when it became painfully clear that the disease was spreading did the prime minister appeal for the celebrations to be “symbolic.” He did not elaborate, but it was understood that he wanted no crowding. By then the damage had been done.

The third factor is the new variant, B.1.617. The Indian government did not invest enough in genome sequencing. The discovery of the new variant took time, and even now not enough is known about it. India could have immediately sent samples to the U.K. In a pandemic situation, prompt international co-operation is absolutely necessary.

The fourth and most important factor is the lack of scientific temper of those in power, especially at the central level. This phrase was first used by Prime Minister Jawaharlal Nehru in 1946, but it still rings true. The government of the day should seek and go by professional advice.

What is to be done?

Let us list some concrete actions to be undertaken urgently by India and by the international community.

Actions to be taken by India

Second, the governments at the central and state levels should establish professional, multi-disciplinary teams to advise them. There is a lot of wisdom outside the government.

Third, the governments should stop disinformation, as for example, in the case of oxygen shortage.

Actions to be taken by the international community

First, now that Washington has endorsed waiving intellectual property rules for the life-saving COVID-19 vaccines, their production can be ramped up.

I was sorry to see Canada oppose the waiver at the World Trade Organization, even as many as 11,000 human beings were dying daily.

A note of caution: Unless public opinion asserts itself, the EU and others opposing the waiver will prolong the discussion at the WTO despite Biden’s stand.

Yet another note of caution: It is not enough to produce more vaccine doses. Equitable distribution on time is an absolute priority.

What Canada can do

I believe that Canada, with its tradition of taking moral leadership, can do two things:

This is the time for action and not for finding fault, although it is necessary to understand what went wrong before taking corrective action in India and elsewhere. 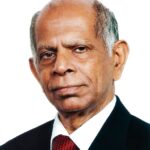