The Immigrant's Dilemma in Arts: an Interview with Richard Young - New Canadian Media

Many children-of-immigrants are told that the only acceptable careers are lawyer, doctor, engineer and accountant. Anything outside of the narrow definition of a “traditional” job is deemed unacceptable and is often seen as a failure. This was the reality for Richard Young growing up with his parents who immigrated to Canada.

“You see things from TV or film, but you have no real tangible connection to it because you know what you know,” he said to NCM.

Young’s father worked at an engineering company; so when it came time to choosing a university program, engineering made sense.

“I was at Queen’s University, and after my first year I realized I couldn’t do it. Not that it was too hard, but I hated it,” Young revealed.

Eventually, Young completed his MBA at the Schulich School of Business then worked as a brand manager.

However, “I was miserable,” he explained. “I was talking to a colleague who worked beside me and she was so in love with marketing, and the products and branding and I thought to myself, ‘I just want to love my job the way my colleague does.’ And I knew it wasn’t that, it was the arts. So I quit my job — my well-paying job — and moved back in with my parents.”

Young is currently realizing his passion, working as a writer and an actor. His latest film, Maternal, is about a girl, born in Canada with a Caribbean mother, who’s waiting for an acceptance letter from her dream arts program. In the film, the mother has to make the a heart-wrenching decision about her child’s artistic future because the family has limited resources.

The premise of the film came from the discord that arose between Young and his family because of his decision to pursue an artistic career. Giving up his stable, traditional job led to fights and strained relationships with his family, leaving Young feeling angry and hurt.

Young spoke to NCM about Maternal, his family and careers in the arts.

Richard Young: Of course, my parents were not happy. At first I thought it was because they were ashamed of who I am. But later I realized the reason for all those fights was love. I started to look at it from my parents perspective; they came here to give me a better life and then they saw me struggle as an artist. Even now that I’m doing fairly well, if I’d stayed with my traditional job, I’d be in a better position with better job security. So for my parents it wasn’t about shame; it was more about not being able to give me the life they wanted to because of what I wanted to do. The arts is an industry that’s non-traditional and all about connections. Yes there’s schools and programs you can take, but it’s really about who you know, more so than other careers I’ve been in. Actors, writers, agents, casting directors, producers – when you’re in high school nobody knows what these careers are or how to reach them. When I had my audition for the acting program at Humber, the  program’s director treated my dream as a reality. And it wasn’t that my friends and family were saying “you don’t have what it takes to be an actor.” For them there was no tangible way (to make my dream happen). Whereas this program’s director was a professional actor himself, so to him it wasn’t just some fantasy.

Marcus Medford: If you weren’t able to use your family as a resource or support system, who did you turn to?

RY: In university, I started to open up more because I was away from my hometown. That’s when I started to get involved in more plays and writing humour articles. When I finally  made the leap to the Humber program, the good thing about those two years was, in addition to the actor training, they also brought in professional actors and casting directors etc. There was more of the formal process of “here’s what to do.”

MM: Who do you think was most disappointed by your decision to pursue a career in the arts?

MM: Was there a particular incident which lead you to write Maternal?

RY: I know my parents love me wholeheartedly, but if they had the ability to go inside my brain, change the part of me that loves the arts, and change it so that I loved accounting or engineering or some traditional career, they would. And it’s not because they hate who I am; they just want me to have enough money to be happy. They don’t want me to have to struggle the way they did. And I think that’s where the anger and the fights came from; and that’s where my inspiration came from.

MM: What have your experiences writing this film and the conversations with your parents taught you about “adulting?”

RY: When the audience finds out the mother is hiding her daughter’s arts program acceptance letter, some people will probably think, “how dare you destroy your child’s dream?” and then other people will say “I get it. It hurts, but I get it.” The broader discussion I’d like to take place beyond whether you’re pro-mom or not is that this unfair arts industry exists where decisions like this have to happen, and that’s wrong. Where people have the talent, but because the their financial situations or a lack of opportunities parents can give their kids, children’s dreams are denied. Ironically, aspirations are a privilege.

MM: Is the mom the villain in this film?

RY: If anything, this movie is a massive indictment of the art industry: this is why underprivileged people can’t get ahead. The arts needs to be more inclusionary.

MM: What kind of conversations are you hoping the audience will have after the film?

RY: For any frustrated artists who feel like their parents aren’t supporting them, hopefully this movie humanizes the parent. For the parents who are against their kids doing something non-traditional, hopefully seeing the parent make that decision will make them take a step back. I hope there’s forgiveness on both ends.

MM: For parents who aren’t supportive of their children’s choices and aspirations, what would you say to them?

RY: You need to ask yourself why you don’t support it. If the reason is because it’s a financial risk, personally, that’s realistic. Then you have to work with your kids to figure out how they’re going to bring in income, like taking a business or entrepreneurship course. Or what are the connections you need to make? If it’s a shame thing, that’s an entirely different issue. Then you need to ask yourself what you care more about, loving your child or your ego?

Young is currently realizing his passion (and no longer living with his parents), working as a writer and an actor. His acting credits include Kim’s Convenience (CBC), Jett (Cinemax), and Taken (NBC) and his writing credits include 16 Hudson (TVO Kids) and Sudden Master (Rogers/OMNI).

Maternal can be seen at the CaribbeanTales Film Festival in Toronto, Sept. 4 onward. 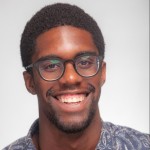