At first glance, most would assume there’s nothing attractive about the insecure, low-paying jobs in the settlement sector—but for many immigrants, it’s a chance to pay it forward.

“I know from my own experience what people go through as newcomers. While fighting for successful immigrant integration, I am fighting for myself as well,” said an immigrant settlement worker about her reasons for seeking employment in the settlement sector. It’s a feeling shared by many other professionals working in this sector who are trained abroad in other professions.

Only a small minority of professionals in the immigrant- and refugee-serving sector in Ontario felt that they became settlement workers out of necessity, after having failed to find a job in their primary professions, according to our surveys and interviews. A large majority placed heavy emphasis on altruism—they wanted to help newcomers by using their personal experiences coming to and settling in Canada, or to give back to the ethno-cultural or broader community.

For these reasons, the overwhelming majority of the respondents said they were satisfied with the work they do in a sector defined by low pay, lack of benefits, job insecurity, and part-time employment—often with a full-time workload. The most commonly cited reason was, again, the opportunity to help newcomers settle in Canada, which, as one respondent put it, is to pay it forward.

“Putting a smile on a client’s face” was a reason frequently cited in this context. Other reasons included use of education, degree, and transferable skills; professional development and promotion opportunities; gaining a new experience; and opportunity for employment.

However, there are mixed feelings even among those who believe they are practising their primary professions in settlement work. While many take comfort in the fact that they are able to use their professional or analytical skills to serve newcomers, many also have misgivings about their professional journey.

“My mind is always in teaching. Though I assess adult immigrants for their English in order to be placed in proper levels in a LINC (Language Instruction for Newcomers to Canada) Program, and it is related to education … my passion [still lies] in the teaching field,” said one settlement worker.

In one respect, immigrant employment in the settlement service sector is a way to re-brand professionally when a chosen career path is unavailable. After calculating the cost of entering their original fields, many immigrants decide it is not worth trying and thus opt for another profession that is less costly to pursue. Others reach the same conclusion after failed attempts. Some try the “second profession” to avoid complete de-professionalization or to provide a bridge to the original profession.

In pursuing settlement work as a second profession, immigrants are also reconstructing and maintaining their identity. For them, one of the building blocks of self is identification with a profession and a professional community. That identification has come to define who they are and where they are located in relation to others. Facing the prospect of identity loss and its possible destructive consequences, they turn to other avenues to find meaning again in their work lives. This is where the settlement service sector emerges as a credible and familiar alternative because these professionals have already been there.

In another respect, immigrant employment in the settlement service sector is a systemic response to the professional development needs of settlement work. The immigrant labour force makes a significant contribution to the professionalization of settlement work in three ways: First, all foreign born and trained settlement workers have a first-hand experience in immigration and settlement, which enables them to have a deeper understanding and appreciation of these processes. Second, many were involved in leadership and capacity building within their ethno-cultural communities before moving into the sector. Some continue to do so. Third, most of the settlement workers with an immigrant or refugee background were usually practising another profession before coming to Canada, as our sample demonstrates. The transferable skills and norms that come with it contribute greatly to the vocational ethos of settlement work.

What’s happening, however, is a paradoxical development. On the one hand, immigrants of vastly different professional backgrounds flock to the relatively accessible settlement service sector in the absence of other opportunities for meaningful employment and, in so doing, contribute greatly to the development of settlement work. On the other hand, professionalization is likely to lift the status of settlement work and, consequently, making it a less accessible occupation over time, with clear expectations, entry criteria, and performance measures.

This development is bound to bring back the issue of access to professions for people of immigrant and refugee backgrounds.

Adnan Türegün is the Director of CERIS (Ontario’s network bridging migration research, policy, and practice) and an Adjunct Professor in the Department of Sociology, York University. This article draws on research reported in CERIS Working Paper “What Do Immigrants Do When They Can’t Practise Their Professions? Immigrant Professionals in the Ontario Settlement Service Sector.” 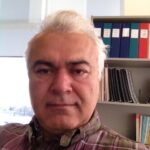