The Many Problems with the Term "White" - New Canadian Media

Posters promoting a “White Student Union” appeared on campus at a number of Canadian universities recently.

What are we to make of such a student group and the use of the term “White”?

Those behind the union seem to see it as a natural response to groups focused on marginalized and racialized communities. Their website postings suggest that the union is merely a way to protect what it describes as “values of western civilization.”

The word “White” is itself a loaded term.

The students using these terms should be clear about what they are defending. Are they putting forward the idea that values such as democracy, parliament, human rights, equality, and habeas corpus are important to discuss and defend, or that these are exclusively linked to one colour?

The power of words

The word “White” is itself a loaded term.

It is in fact an exclusionary term that has been used to oppress based on notions of racial superiority.

The history of Europe, like the history of Canada is a reflection of stories of migration of large groups of peoples of varying backgrounds.

Forming a group to discuss ‘western civilization values’, and what they might mean moving forward, could conceivably have some value. However, to form an exclusive club for “Whites only” based on skin colour rather than a willingness to discuss important issues of the day is a serious flaw.

It leads to the logical supposition that the union’s real purpose does, in fact, lie in the loaded word “White” as an expression of exclusion and false superiority.

[S]uch uses of the term “White” – no matter what side of the coin you are starting from – are dangerous and negative.

Let’s not forget that similarly named groups such as those that have cropped up in the United States have been linked to white supremacy movements as have other efforts claiming to be in the name of “European pride”.

Is blaming one race racist?

These days, the term “White” also pops up in discussions led by anti-racists in the context of “White privilege”, or “White attitudes”. These phrases are used as a kind of blanket condemnation of western or European civilization.

While such terms are used to explain racism, are they not themselves inherently racist? Is not blaming one race, as would be inherent in the term “White privilege”, racist in and of itself?

Surely such terms prevent us from confronting the reality that individuals of any colour or origin can themselves be racist in their attitudes and behaviour.

Indeed, the whole framework for such terms depends on using racial classifications to distinguish between people, based on sweeping generalizations and without regard to any needed nuance.

The challenge is to find a broader approach to dealing with racism and discrimination as they are practised in any group.

In the end, such uses of the term “White” – no matter what side of the coin you are starting from – are dangerous and negative.  Such divisive tactics cannot build cohesion within a state of equality for all.

The challenge is to find a broader approach to dealing with racism and discrimination as they are practised in any group.

In the Canadian context, the way forward favoured by the Canadian Race Relations Foundation is to build a shared understanding of the current state of race relations and how we got here.

At the same time through initiatives such as our 150 stories, workshops and symposia, we would seek to include the broad range of Canadians in a dialogue about the non-racist values we want to guide us towards a common future based on mutual respect and responsibility.

Rubin Friedman is a member of the Canadian Race Relations Foundation board of directors. He has extensive experience in dealing with issues of community, integration, prejudice and discrimination.

Anita Bromberg has been the Executive Director of the Canadian Race Relations Foundation since June 2014. Prior to that, she served as National Director Legal Affairs at B’nai Brith Canada. 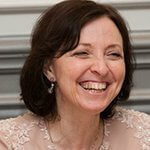 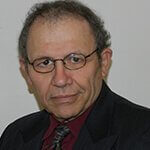