Ukrainians in Canada have always been dedicated to pressuring the Canadian government to maintain strong ties with Ukraine. Several Governors General, including Ray Hnatyshyn, Adrienne Clarkson and Michaëlle Jean have made visits to the country. More recently, Prime Minister Stephen Harper has made a concerted effort to keep ties with Ukraine strong, including a visit in 2010 and the deployment of a task force of over 500 volunteers to observe last October’s parliamentary elections in Ukraine.

Another example of Ukrainian-Canadian lobbying presents itself in the construction of the Canadian Museum of Human Rights in Winnipeg, Manitoba. Many professionals and scholars of Ukrainian descent have pushed the museum, with success, to set up a permanent exhibition to the Holodomor of 1932-1933, Joseph Stalin’s man-made famine that took millions of Ukrainian lives.

Ukrainian-Canadian media in the latter part of 2012 focused on a few historical anniversaries along with present-day issues, including the 79th anniversary of the Holodomor, and the highly controversial parliamentary elections in October. Typical Ukrainian-Canadian media also highlighted major news stories in Ukraine to keep immigrants up to date with news in their homeland.

In July, a Ukraine-wide vote preceded the passing of a controversial law regarding Ukraine’s official languages. Many Ukrainian-Canadians came together in peaceful protest to raise awareness of the ever-oppressive Russian presence in the country, as posted by the “Kонгрес Yкраїнців Канади” (Ukrainian Canadian Congress).

Ukrainian weekly newspaper “Hовий Шлях” (New Pathway) spoke to UCC President Paul Grod about the importance of the Ukrainian voice in Canada, especially given the recent issue of marred parliamentary elections. “Гoмiн Yкраїни,” (Ukrainian Echo) another weekly paper, was also thorough in their coverage of Canadian involvement in the elections, including an interview with Member of Parliament James Bezan in which he thanked Canadian volunteers for their diligent work.

In November, weekly television program “Kонтакт” (Kontakt) aired a number of episodes pertaining to the anniversary of the famine-genocide in Ukraine, the Holodomor. Especially important to the Ukrainian-Canadian community is the dissemination of history and culture through their youth; a special segment by members of the Ukrainian-Canadian School Board was dedicated to teaching children about the Holodomor and other difficult subject matter. Newspaper “Гoмiн Yкраїни” provided a comprehensive account of the Holodomor, including a piece on the Annual Ukrainian Famine Lecture at the University of Toronto by Rutgers professor Alexander Motyl.

In keeping with the holiday spirit, new weekly television program Forum TV followed Ukrainian-Canadians during their preparations and celebrations of Christmas and New Year’s on the Julian Calendar. Many Ukrainians across the country attended New Year celebrations called “Malanka” during the month of January.

Ukrainian-Canadians are fiercely proud of their roots. This is evident especially in the most recent recipients of the Queen Elizabeth II Diamond Jubilee Medal. Lisa Shymko, Paul Grod, Father Roman Dusanowskyj, Dr. Borislaw Bilash, Lesia Szwaluk, Orest Steciw, Eugene Czolij, Dr. Roman Serbyn, Yurij Luhovy and Peter Kardasz are just some of the very deserving recipients of the prestigious medal for their contributions to the Ukrainian and Ukrainian-Canadian communities. Inga Bekbudova, a reporter at Kontakt, explained the importance of being recognized by the Canadian government.

“Some politicians like Ted Opitz (MP-Con), Peggy Nash (MP-NDP) and Donna Cansfield (MPP-Lib) have gotten close with Ukrainians because of all of their hard work,” Bekbudova said. “When Canadians with Ukrainian background get involved, they always draw back to their roots and use their heritage as a starting point to make changes in their field of work, which is a great way to change the future.”

(Marika Washchyshyn holds a Bachelor of Journalism from Carleton University in Ottawa. She is pursuing a career in broadcast television news, with plans to obtain a Masters of Global Affairs. Her experience includes stints in print, online and television media. She is a proud member of the Ukrainian-Canadian community in Toronto where she was born and raised.) 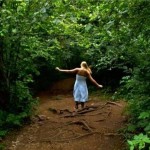 The Nutcracker: Dancing for peace in Ukraine