Thousands of Syrian refugees will arrive in Canada by year’s end. Even before the attacks in Paris, some Canadians were already chattering about security risks and the threat of insurgents sneaking through. Saskatchewan Premier Brad Wall, in particular, made political hay out of the crisis.

But Mr. Wall needs only to look to the British flag flying above his own legislature in Regina for a reminder of a much earlier and larger wave of refugees that arrived on our shores, over 200 years ago.

Many of the ancestors of today’s Anglo-Canadian population — including folks who like to boast about their “old stock” roots — came here as refugees fleeing the American War of Independence, which ended in 1783. Known as Loyalists, they came by the tens of thousands, believing that the British Crown remained a better guarantor of life and liberty than the radical, new American Republic to the south.

Many of the ancestors of today’s Anglo-Canadian population — including folks who like to boast about their “old stock” roots — came here as refugees.

Estimates place the number of British Loyalist refugees at around 40,000 souls. This massive influx of people swamped the small pre-existing populations of the colonies of Quebec and Nova Scotia to the point that two new colonies had to be created: New Brunswick and Upper Canada, today’s Ontario. By comparison, 25,000 Syrian refugees seems like a drop in the Canadian bucket.

The British refugees of 200 years ago wanted the same thing that the Syrian refugees seek today: to settle down to quiet, peaceful and productive lives, for themselves and for their families.

Did the arrival of Loyalist refugees give rise to security concerns over the presence of American insurgents in disguise, or the spread of an insidious ideology? You bet.

Did the arrival of Loyalist refugees give rise to security concerns over the presence of American insurgents in disguise, or the spread of an insidious ideology? You bet. The authorities were so worried that they set limits on the powers of local self-government and on the freedom of the press.

But officials in the 1780s and ‘90s also tried to secure the continued loyalty of refugees and settlers by being nice to them. Different religious sects were tolerated (if not always equally treated), and the authorities provided means for re-settlement (i.e. cheap farmland) and tax breaks.

This didn’t prevent everyone from harbouring views that, in later years, might turn to violence. But by and large, the vast majority of the refugees and their descendants were fiercely loyal to their new homeland, and grateful for having been given the opportunity to live their lives in relative peace and security.

But by and large, the vast majority of the refugees and their descendants were fiercely loyal to their new homeland.

The year 1783 is far removed from the here and now, but the fact remains that many of us and our ancestors — my own Loyalist ancestors included — came here as refugees.

Years from now, when the prospect of another wave of refugees stirs up feelings of fear and xenophobia, some other historian can remind us of how much we once worried about the British Loyalists and the Syrian Canadians.

Robert J. Talbot is a SSHRC Postdoctoral Fellow in History with the University of New Brunswick, and the author of Negotiating the Numbered Treaties (Purich, 2009).

Re-published in partnership with iPolitics.ca. 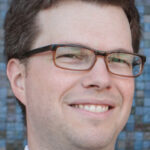