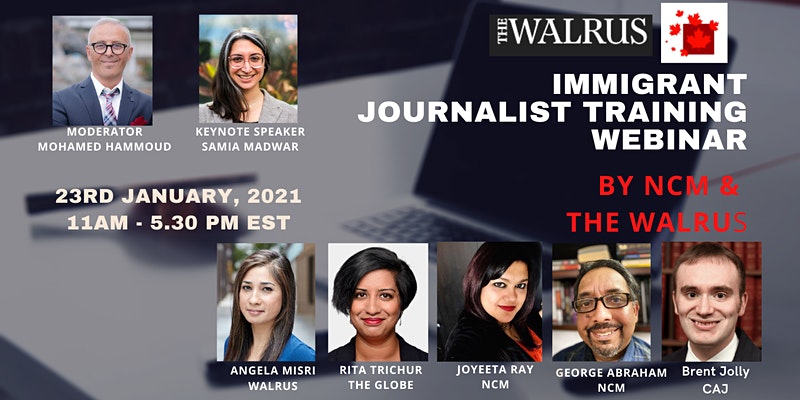 The first workshop will be held on Jan 23rd, 2021, and features the following topics:

The webinar will be moderated by NCM’s Chief Learning Officer, Mohamed Hammoud. Samia Madwar, the Managing Editor at The Walrus will be present as keynote speaker.

Samia Madwar is the managing editor at The Walrus. She is also a member of the Magazines Canada board of directors and the Inuit Art Quarterly editorial advisory council.

George Abraham is the Founder and Publisher of New Canadian Media.

Brent Jolly is the President of the Canadian Association of Journalists.

Rita Trichur is an award-winning journalist. She is a Senior Business Writer and Columnist in the Report on Business for The Globe and Mail. Rita has also covered financial services and economics for the Toronto Star, and has held various roles at the Canadian Press and the Ottawa Sun. She has a Bachelor of Journalism and Political Science and a M.A. in Canadian Studies – both from Carleton University in Ottawa.

Angela Misri is an award-winning digital journalist who worked at the CBC for most of her career. She currently serves as Digital Director at The Walrus. Angela is also the author of the Portia Adams Adventure series, and Pickles vs. the Zombies (2019). She is also an instructor at Ryerson University. Watch her short video on Digital Journalism on the NCM Learning Hub here 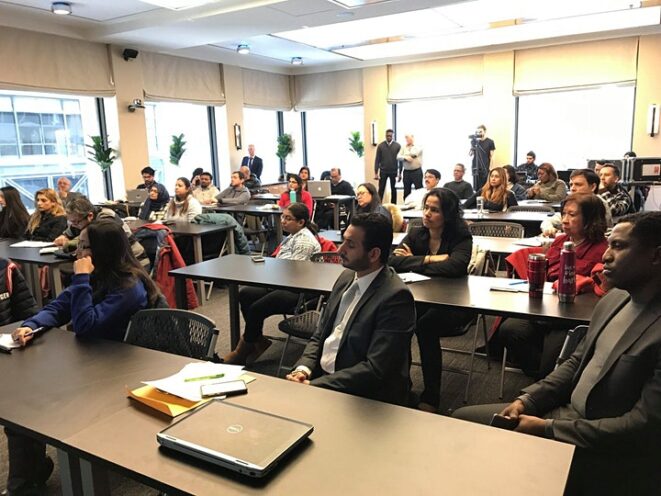