The Chinese Canadian National Council’s Toronto Chapter (CCNC) and the Tamil Canadian Centre for Civic Action (TCCCA) are collaborating on a full-day anti-racism and anti-oppression workshop this month that focuses on cross-cultural solidarity, education, and strategy.

The two community organizations have a long working relationship. When they noticed that Ontario’s Anti-Racism Anti-Hate Grant Program provided funding for projects to engage the public against racism and hate, both groups, according to CCNC Toronto Program Coordinator Eleanor Marie Yang, jumped at the opportunity to construct a workshop that stressed intercultural solidarity and action in the face of systemic discrimination.

The main objective of the event, Yang noted, is to connect members from both ethnic groups (and beyond) with each other based on strategies to address the common struggle against racism and hate, as well as prejudices that each group might have about the other.

The day is loosely divided into two large portions, starting with a facilitated discussion around anti-racism concepts. The second part is planned to be a multi-hour facilitated strategizing session where all participants will share anti-racist and anti-oppressive tools, networks, and resources. There will also be a lunch break in between.

“We have a range of folks who’ve already registered,” said Yang, who will co-lead the workshop planned for October 29th in Scarborough. The Urban Alliance on Race Relations will also facilitate part of the day.

The workshop was initially targeted at community and grassroots organizations that want to develop their anti-racism strategies and resources. But it has now opened up to individuals too, says Yang, since, “many are not part of any such organization and just don’t have access to anti-racist and anti-oppression information.”

“So the target audience is really anyone who is interested in these issues, but may find this information daunting, or maybe experiences barriers to paying for a training like this, which includes a lot of youth and students, actually.”

Another aim of the program is to bring together service workers and providers among Chinese and Tamil spaces (and beyond). These workers make up a large portion of both communities in Canada.

“In addition to the more formal training, we will also provide space to listen and strategize with service providers to understand how all organizations can collaboratively create safe spaces within the community,” said Ambika Selvarajah, the TCCCA’s Program Coordinator.

“This will include facilitating discussions on the similarities and differences in any experiences of racism and understanding how both communities can work together in the future. There is a need for more accessible anti-racism and anti-oppression training that our organizations can fulfill.”

The need for these discussions have, according to Yang, become more acute as anti-Asian racism and hate crimes have increased during the pandemic years. According to the CCNC Toronto’s own reporting tool, managed in partnership with Project 1907, a grassroots Asian women’s group, anti-Asian hate incidents have spiked significantly in the past couple of years. These include violent attacks.

“In 2021 alone, we saw so many more youth under 18 reporting incidents in schools,” Yang noted. “Now that classes are returning back to in-person, we know that these issues are going to continue to arise. But we also know that these instances of racism aren’t just targeted at East Asian folks. So the whole range of racism here is really important to talk about as well, in order to highlight what other Asian identifying community members are facing.”

Data from Statistics Canada confirms this wider growth in racist incidents and police-reported hate crimes. According to the latest numbers focusing on 2020, police across the country noted over 2,600 hate crimes, the largest number since 2009. Anti-Black, anti-Indigenous, and anti-South Asian hate incidents all increased dramatically as a part of this broader spike.

The workshop will tackle this trend, among other structural and racist realities, from an anti-oppressive lens that prioritizes solidarity between groups, organizations, and communities of colour.

“When we talk about anti-racism, we’re not just talking about one lens, we’re talking about how communities are differentially marginalized and why it’s important to recognize that, but also to not pit ourselves against each other.”

This means recognizing that different communities have different needs and must come up with different solutions, be it facing racism at schools or police violence on the streets. In other words, according to Yang, this culturally and communally sensitive approach is necessary for the establishment of equity, as opposed to lumping everyone in the same pile.

“Overall, we want people to feel more connected to their community members,” Yang added. “And that isn’t just based on race, but rather on who you’re surrounding yourself with in various spaces.”

Those interested in attending the workshop can register here. 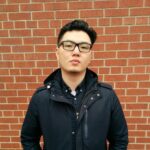 Steven Zhou is a Toronto-based journalist and writer focusing on issues around immigration, discrimination, and politics. He has worked as a reporter, producer, and writer for CBC News, CBC Radio, CBC TV, and VICE News. You can read his work in the Globe and Mail, the Toronto Star, Foreign Policy, and the LA Review of Books. Steven also works with the National Council of Canadian Muslims (NCCM).